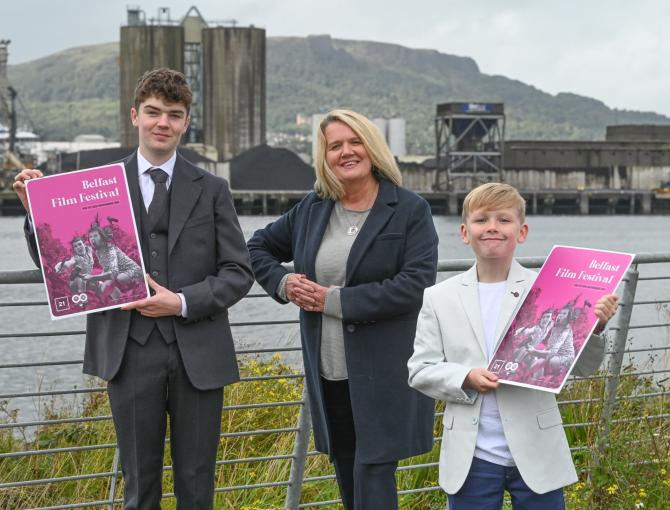 Jude Hill pictured far right was a star in the movie

The Gilford native, who starred in Sir Kenneth’s Branagh’s film ‘Belfast’, was edged out in the breakthrough performance category by Nell Barlow for her performance in Sweetheart.

However, after strutting his stuff on the red carpet in London and hosted by Asim Chaudhry, Hill insists he felt a connection with the movie’s script at the very beginning.

The award-winning film is a poignant story of love, laughter and loss in one boy’s childhood, amid the social and political tumult of the late 1960s. It stars Caitríona Balfe, Judi Dench, Jamie Dornan, Ciarán Hinds and introduces 11-year-old Jude Hill.

Hill said of working on Sir Kenneth Branagh's film: “Everyone was so nice and to have a film about a place so close to me was just amazing. And I connected with the script as soon as I read the first words...”.

The film was released theatrically in the United States on 12 November 2021 by Focus Features and will be in the United Kingdom and Ireland on 21 January 2022 by Universal Pictures. It received positive reviews from critics and has grossed $5 million worldwide.