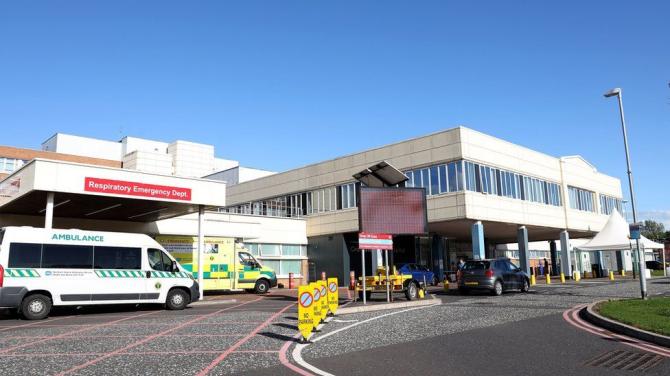 MOTHERS wishing to deliver their babies via water birth can do so in Craigavon Area Hospital and the hospital’s birthing pool facility will return “as soon as possible”, the Trust’s director of performance and reform has confirmed.

Speaking at Mid-Ulster District Council’s monthly meeting this month, Aldrina Magwood confirmed the options available to mothers in the Southern Trust at present in response to a question from Councillor Frances Burton.

The DUP Clogher Valley councillor said some of the mothers who have contacted her have expressed their disappointment at the removal of the birthing pool from Craigavon Area Hospital and sought a time line for its reintroduction.

“The ‘low risk’ mums who want to avail of birthing pools have expressed disappointment that the birthing pool has been removed in Craigavon,” said Cllr Burton.

“Given the financial constraints on health at the minute what I would want to know is, was the birthing pool that was removed in storage or where is it?

“Some of the mums that have been in contact with me have friends that live in other Trust areas and they would feel very strongly that those trusts are providing this service for mothers who are considered ‘low risk’.

“I understand the whole issue around COVID and the pressure on staff but there are mothers going in to have babies and their husbands or partners cannot be with them.

“I would really like a time line as to when the birthing pool can be reintroduced to the hospital.”

In response, the Trust’s director of performance and reform, Aldrina Magwood said plans are in place to reinstate the birthing pool at Craigavon Area Hospital as soon as possible.

“I can confirm there are plans not only to reinstate the birthing pool that was previously available to mothers but continue to assure everyone that water births continue to be available in the Southern Trust and Craigavon,” said Ms Magwood.

“I say that as a mother who has had a water birth in Craigavon. We have single rooms in our midwifery led unit for those who do wish to have a water birth. It is not a birthing pool but it is large bath tub provision within the en-suites that allow safely for births to happen.

“I say that as a mother who used that for my own water birth and that is still an option.

“I appreciate that a birthing pool is a further option some mothers do opt for and we are working within our accommodation to have it back on track as soon as possible and that is basically the position at this stage.”