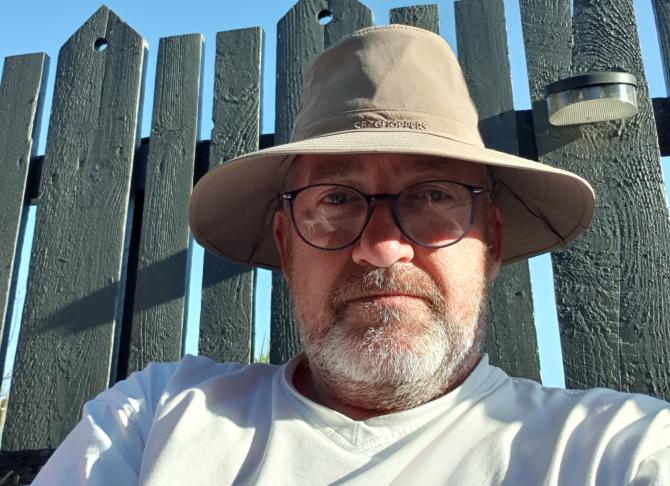 Nine out of ten stroke survivors would go back in time and urge their younger self to make lifestyle changes which may have prevented their stroke, a new UK-wide survey by the Stroke Association has revealed.

More than four out of five people surveyed say they hadn’t realised that they were at risk of a stroke.

But almost nine out of ten had since made lifestyle changes. This is important to the two in five people who may go on to have a second stroke1.

The charity has released the findings to mark Stroke Prevention Day, on Friday 14 January, and is urging everyone to make one small change to reduce their own risk of stroke. Stroke is one of the leading causes of adult disability and the fourth biggest cause of death in the UK. While some strokes are unavoidable, up to nine out of ten are linked to lifestyle and could be preventable if people are aware of the risks and able to make changes2.

The campaign is backed by Anna Richardson, host of TV’s Naked Attraction and Changing Rooms, who herself vowed to get healthier after her father Jim had a series of strokes.

Anna said: “Sadly, my dad has had a number of strokes and seeing him have to cope with the effects has definitely made me more aware of my own mortality and given me a real determination to stay as fit and healthy as possible.

“When I found out that up to 90% of strokes can be prevented by making healthier lifestyle choices, it certainly gave me the nudge I needed to overhaul my own lifestyle. The consultant at dad’s hospital even told me I must get healthier!

“Unfortunately, both mine and my brother’s cholesterol is on the high side and knowing that my dad’s high blood pressure was likely one of the biggest factors for his strokes, I am so careful about keeping my blood pressure in check.

“To further help reduce my risk I have a checklist I like to try to stick to, reducing salt in my cooking, limiting alcohol, trying to avoid too much saturated fat, and I aim to do 30 minutes of exercise everyday – be that walking, cycling or maybe some yoga.”

Noel Mitchell is 57 and lives in Lurgan in Co. Armagh. In June 2021 Noel had a transient ischemic attack (TIA), also known as a mini or small stroke. Noel recalls the day it happened: “I just felt so ill and disorientated. I was walking like a drunk man and I couldn’t seem to get my balance. My left eye wouldn’t focus at all and the headache was awful. I decided to lie down and see if I could sleep it off. The next day my eye sight had returned to normal and I felt a bit better but I knew things were still not quite right. I eventually phoned my GP who arranged for tests at Craigavon Area Hospital just to be on the safe side. Low and behold, a CT scan showed that I’d had a stroke.

“Now, six months after that episode, I still live with bad fatigue and problems with my balance. I’m having to sleep a lot more than I ever did. I suppose I thought I led quite a healthy life style before and I just expected to recover quickly but that wasn’t the case.

“One thing I’ve taken away from this whole experience is, to make a conscious effort to lower my stress levels. I enjoyed my job but there was a lot of pressure and it could be stressful. I now feel the need to reassess what’s important in life and I’m determined to watch out for my stress levels and make time to relax and take care of myself. For me, getting away to our family caravan is my ideal essential rest and relaxation. I was never a big drinker but since this happened, I’ve just cut out alcohol completely and make sure I eat a very healthy diet. Before all this happened I enjoyed triathlons and running, swimming and canoeing but all that’s been put on hold. I suppose the worry of having another TIA is always there at the back of my mind. I’m trying my best to build up my walking again. My main priority now is to get well enough to get back to work, get on top of this fatigue and start doing some of the activities I enjoyed before my TIA.”

As a first step, the Stroke Association wants people to make one small change to reduce their risk of stroke, starting on Stroke Prevention Day.

Juliet Bouverie OBE, Chief Executive at the Stroke Association said: “A stroke happens in the brain, the control centre for who we are and what we can do. It can happen at any time and at any age and can be devastating.

“We know not all strokes are avoidable, but as many as nine out of ten strokes could be prevented as they are linked to things you can change or manage. Many people simply don’t realise they are at risk and that’s something that we as a charity desperately want to put right.

“The effects of a stroke can be life-changing for you and your family, so why not do all you can to avoid one yourself?

“However, we know that it isn't always easy, so pick something that’s manageable for you. Aim to stick with it for an initial three months and if you can do that you’re more likely to form a regular habit.

“The good news from this research is that almost nine out of ten stroke survivors have already taken steps to reduce their risk of having another stroke.”

The charity’s campaign has been launched in partnership with LoSalt®.

Almost a third of stroke survivors said they would exercise more and an ideal way to motivate yourself is to sign up for the Stride for Stroke challenge. Find out about this and the other things you can do at www.stroke.org.uk/stroke-prevention-day. Money raised will help the charity’s work supporting stroke survivors and carers across the UK.