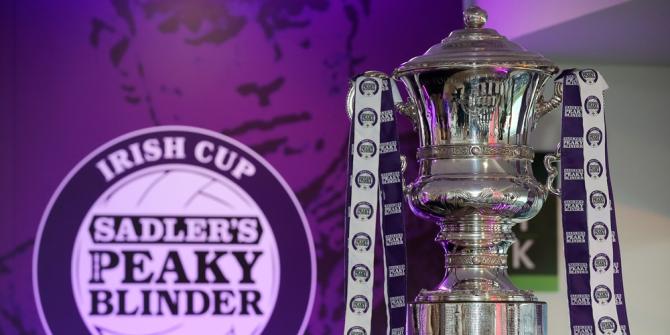 The one they all want - the Irish Cup.

The road to Mourneview gets underway tonight with the first round of this season's Irish Cup.

This year's semi-finals and final are being played at Glenavon's home ground – and surely there's no bigger incentive for the Lurgan Blues to go all the way this year.

Standing in their way this evening are Dungannon Swifts, who Glenavon defeated 4-0 in their last meeting.

Here's five things you need to know about tonight's game.