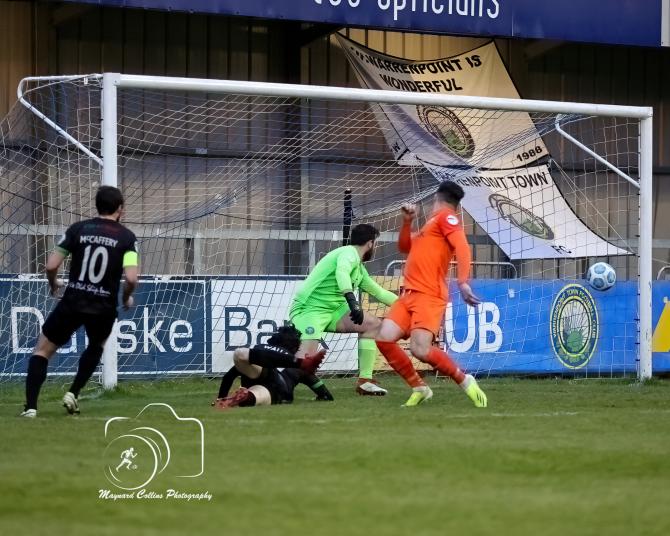 Danny Purkis scored for Glenavon during their last game against Warrenpoint Town at Milltown.

Tonight Glenavon take on Warrenpoint Town at Mourneview Park, once again needing a win to stay in the box seat for a European play-off place.

Tonight's game, which gets underway at 7.30pm, is free to watch on the BBC iPlayer and BBC Sport website.

So what should we be looking out for ahead of the game? Here's five things you need to know!