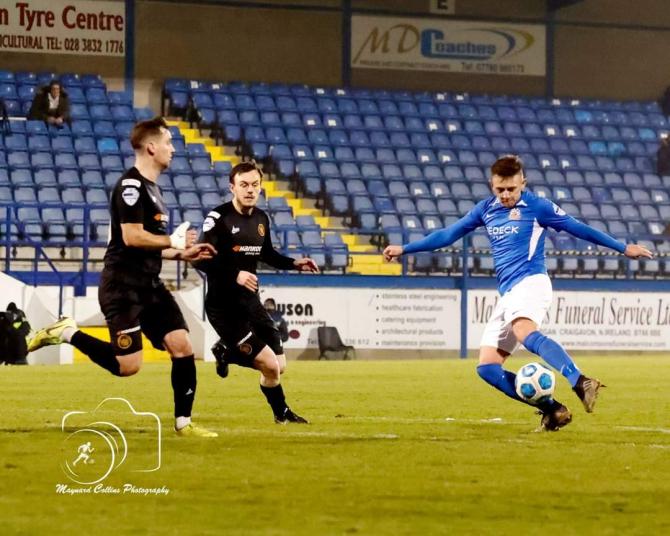 Matthew Snoddy has a shot from distance during the last meeting of Glenavon and Carrick Rangers.

Tonight sees Glenavon travel to Taylor's Avenue for their penultimate league game of the 2020/21 season.

A victory over Carrick Rangers would see the Lurgan Blues ensure a European play-off spot should Ballymena United drop points to Warrenpoint Town.

The last time Glenavon and Carrick met was at Mourneview in early March. A Colin Coates goal earned the hosts a draw on that occasion after Daniel Kelly had put Niall Currie's side in front.

With Currie no longer at the helm for the Amber Army, and fans allowed back in stadiums for the first time in months, it promises to be an interesting occasion.

Here's five things you need to know about tonight's game.