Lavery looks to the future after another successful season with Linfield 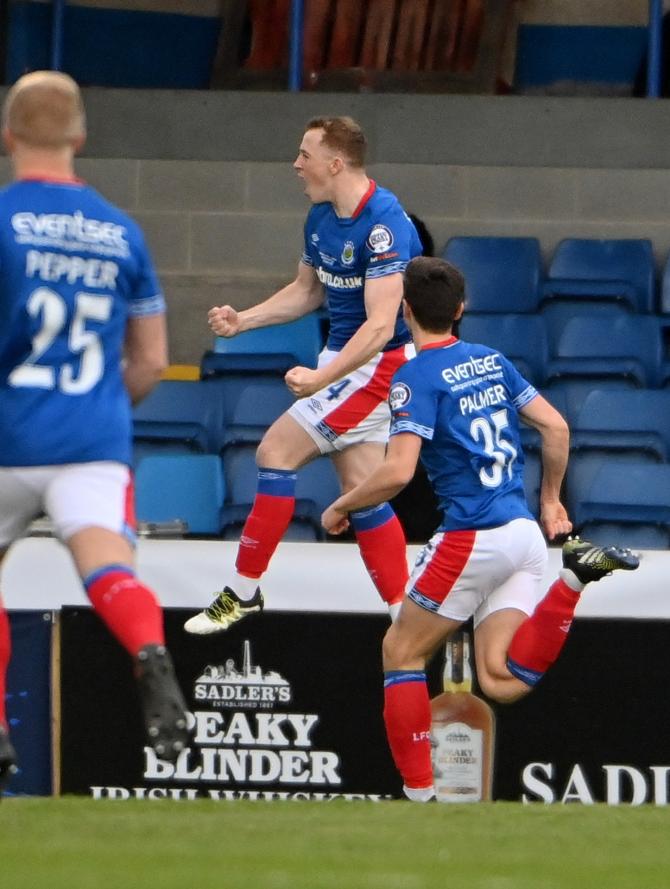 Shayne Lavery (22) from Aghagallon enjoyed a fantastic season with Linfield, winning the Irish Cup and Irish Premiership with the blues.

The Northern Ireland international also won Player of the Year and Young Player of the year at the NI Football Awards, picking up the Golden boot too as he netted 30 goals to help Linfield to their cup successes.

“I was shocked I won the player of the year awards,” he said.

“My work off the pitch and the experience from my first year in the Irish League I think has helped me the most this season.

“It is an amazing feeling to win the double. It has been such a long season and to come away with the two top trophies in the country is unbelievable.”

After being included in the recent Northern Ireland squad, fans were confused as to why he did not travel with the team.

Shayne made it clear that manager Ian Baraclough allowed him to stay home to lift the league trophy.

“Unfortunately, I didn’t end up heading away with the squad,” he said.

“Ian Baraclough allowed me to stay for the trophy lift because you never know when you’ll lift a league trophy again.

“I am very grateful to him for letting me experience that.”

Shayne looks set to return to England to play his football next season after rumours intensify over his destination, but he remains quiet on where that will be.

On what certainly looked like his last game for Linfield against Cliftonville, Shayne leaves with happy memories.

“I think I’ll miss the people at the club the most,” he said

“In my two years there I didn’t have a bad relationship with one person.

“Everyone was amazing from the moment I came into the club whether that be the players, the staff or the fans.”