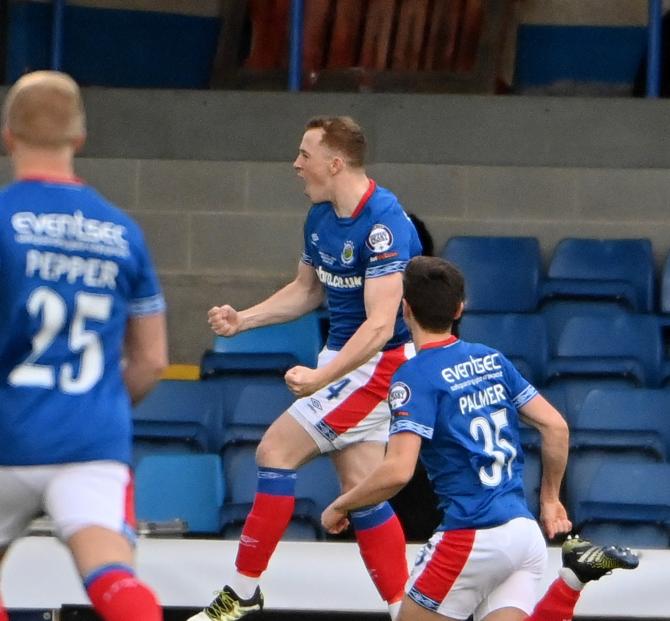 The Northern Ireland international has signed a two-year deal with the Seasiders with the option for a further year.

Speaking to Blackpool media Lavery said: "I’m very excited. Blackpool’s a massive club and I’m glad to get the deal done. I feel like I’ve proved myself back home this season and I’m now looking to test myself at the next level.

"I had mixed emotions last week lifting the league and cup with Linfield, knowing in the back of my head that I’d be moving on, but I’ve loved my time there and I’m very grateful for everything they’ve done for me.

"I’m now joining a Blackpool team that has played well all season, and it was amazing to see them become one of the three teams promoted. I watched the play-off final myself, and I’m just excited to come and play for the Blackpool fans in the Championship now.”

Blackpool Manager Neil Critchley said: "Having first been aware of Shayne when coming through the academy system at Everton, he’s gone back over to Northern Ireland and had two fantastic years for Linfield, where his goalscoring record is phenomenal.

"He’s won numerous awards and now become a full international for his country.

"At 22, we’re getting somebody who is hungry and ambitious to come and prove himself. He’s a very humble individual and his character fits in perfectly with the squad we have here.

"On the pitch, he’ll bring pace, energy and scores different types of goals. We’re all looking forward to working with him."

In a statement paying tribute to the 22 year-old Linfield the striker had given "exceptional service" to the club.

"Linfield FC acknowledges and thanks Shayne for his outstanding contribution to the successes this club has enjoyed in the past two years.

"Shayne scored 47 goals in his 77 appearances for this club and his 30 goal haul in the season just ended, contributed greatly to the club winning the Irish League and Irish Cup double.

"Shayne’s famous goal against Qarabag won the Linfield Goal of the season award in the 2019-20 season and he won international caps against both the USA and Italy in recent times.

"He was a fans’ favourite and hugely popular, on and off the pitch with his team mates.

"He will certainly be missed greatly and everyone at this club would extend every best wish to Shayne for the future.

"He will always be welcome back at Windsor Park."