Teams come together to remember Noel and Tony 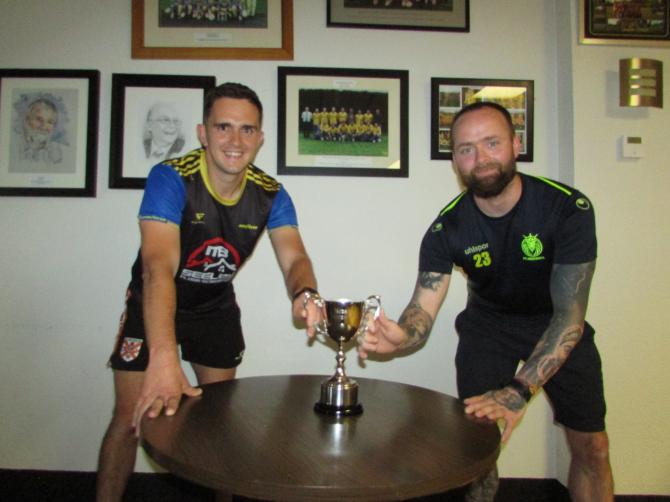 It has been just over a year since the Goodyear Sports And Social Club lost two of its founder members.

And in a fitting tribute Goodyear F.C. will oversee the final of the Noel Bibb Cup and Tony Moore Shield this Saturday in Lord Lurgan Memorial Park.

Both local men who were founder members of the Social Club following the closure of the Goodyear Factory, carried out various roles, and on occasions held the institution together through bad times and at least two recessions.

Few could forget the beaming personalities of Tony Moore and Noel Bibb. Tony was an ardent Clan Na Gael fan in his early years who also, through his family, gave great support to the Eire Og Club, and travelled the length and breadth of the country to support Armagh.

Noel who would have been known as an uncompromising defender, led Waringstown F.C. from the front both as a player and in an official capacity and continued to play into his fifties.

The Goodyear Tournament will reach an exciting conclusion on Saturday with the hosts going head-to-head with Mindwell F.C.

Keep an eye out for full coverage.