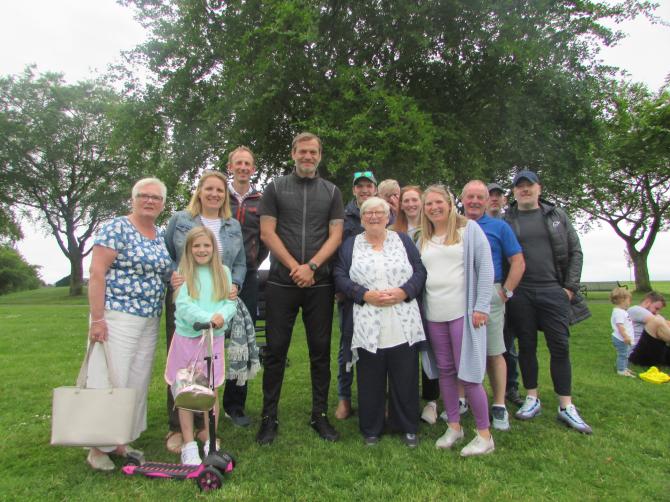 Here are some guests who were pictured at the inaugural Noel Bibb Cup and Tony Moore Shield competitions, hosted today in Alanhill Park in Lurgan by Goodyear FC.

The former Manchester United and Blackburn Rovers player made a second half appearance as they beat Goodyear 2-0 in the final in front of a big crowd.