Glenavon to kick off new season with Mid-Ulster derby 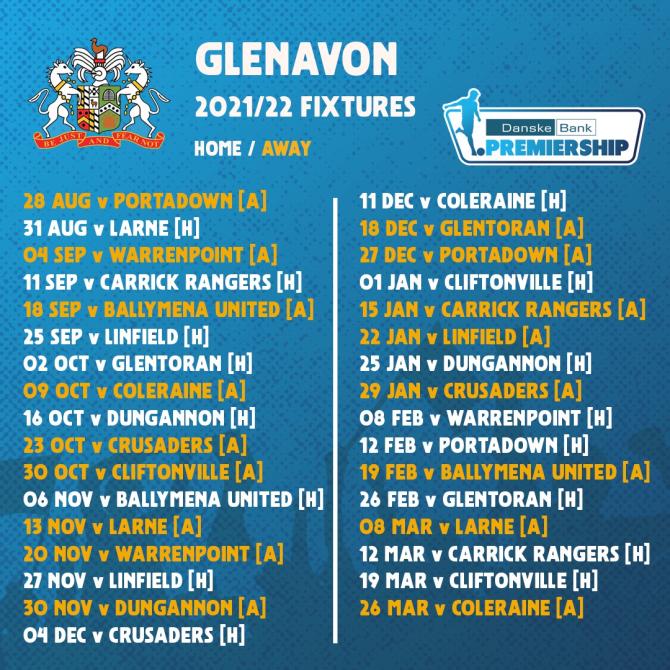 Glenavon will kick off the 2021/22 Dankse Bank Premiership season with an away game against old rivals Portadown.

The Lurgan Blues' first home game of the season will take place on the following Tuesday, August 31, when play-off winners Larne come to Mourneview Park.

September will see games away to Warrenpoint, home to Carrick Rangers and away to Ballymena before champions Linfield travel to Mourneview Park on September 25. The following week, October 2, Glentoran come to Lurgan.

December looks like being a tough month for Gary Hamilton's side, with games against Crusaders (home, December 4), Coleraine (home, December 11), Glentoran (December 18, a) and Portadown (Monday December 27, a), with Cliftonville providing the opposition on New Year's Day in Lurgan.

The club's only scheduled home game against the Ports will be on February 12.

Coleraine will provide the opposition for the final game before the league splits on March 26, with Glenavon travelling to the Showgrounds.