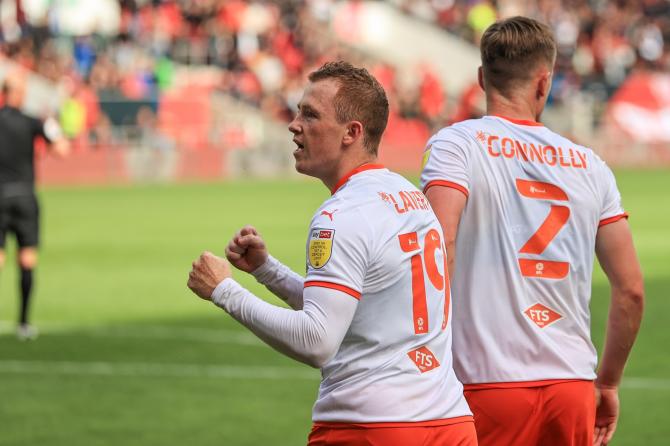 Making an instant impact in on his competitive debut for Blackpool, Aghagallon man, Shayne Lavery came off the bench on Saturday to score a 93rd minute equaliser against Bristol City.

A finish from a trademark darting run in to the box from a cross on left was enough for Lavery to secure a point on the road for the Tangerines.

Speaking to the club's website after the game, the Northern Ireland international said: “As all strikers should like you know, get across the front post and that’s what I done and lucky it fell to me and went in the back of the net.

“The lads dug in really well and to keep it at 1-0 for so long you know, give us that chance at the end was a credit to the starting 11.

“It’s something we can build on going to the cup game on Wednesday and we look forward to that now. Games come fast in the Championship and there are no easy ones.

The former Linfield and Glenavon man has impressed since arriving across the water, including a superb performance last week in a pre-season friendly against Manchester City.

Blackpool boss, Neil Critchley has nothing but praise for the 22-year-old.

"He's made such a positive impression on everyone," he said.

"He's a humble boy and wants to learn all the time. He's got no fear and made a real impact in the short time he was on the pitch."

Next up for Blackpool is Middlesbrough in the first round of the EFL Cup on Wednesday.