Glenavon's first home game of the season called off 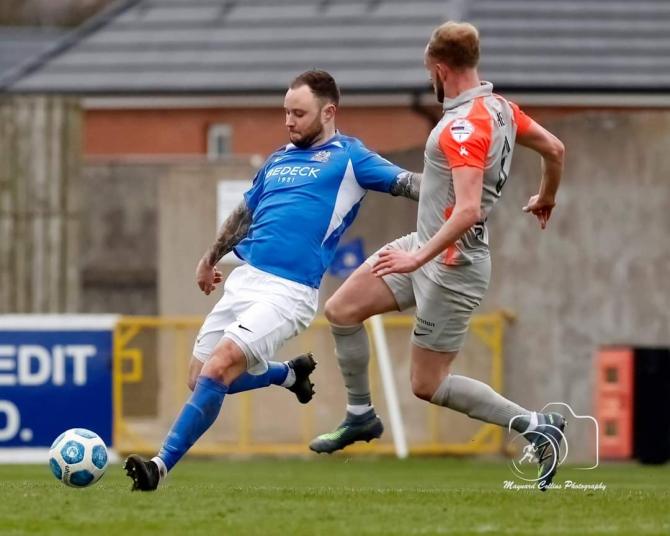 Andy Doyle and John Herron compete during the last meeting between Glenavon and Larne at Mourneview Park. Picture: Maynard Collins.

Glenavon's first home game of the season against Larne has been postponed.

The Lurgan Blues were due to meet the Inver Reds on Tuesday night, August 31.

However, Larne's Kofi Balmer and Matty Lusty have been selected to represent Northern Ireland at under-19 and under-21 level respectively.

That has led to NIFL informing Glenavon that the game had been rescheduled for Tuesday, September 28.

Any tickets bought for Tuesday night's game will remain valid, Glenavon have confirmed.

The Lurgan Blues kick off the season on Friday night against Mid-Ulster rivals Portadown at Shamrock Park, kick-off 7.45pm.

Their next game will now be on Saturday, September 4 away to Warrenpoint Town (3pm).