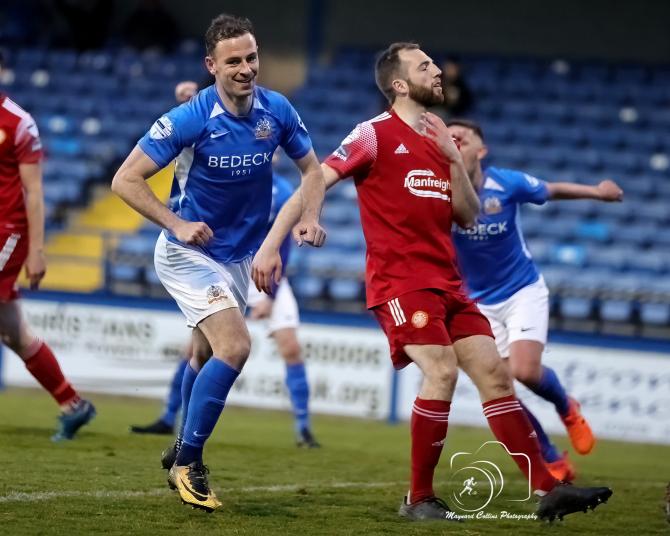 Matthew Fitzpatrick is delighted as he scores to put Glenavon in front against Portadown. Picture: Maynard Collins.

The Lurgan Blues travel to Shamrock Park, with Gary Hamilton saying his players need to show the right mentality to get the right result against their neighbours.

Supporters are feeling optimistic ahead of the new season after Hamilton brought in the Linfield trio of Andy Waterworth, Mark Stafford and Mark Haughey, as well as the highly-rated Danny Wallace from Warrenpoint.

But can the stats provide any more reasons to be cheerful? Here's our five things you need to know about Glenavon v Portadown.