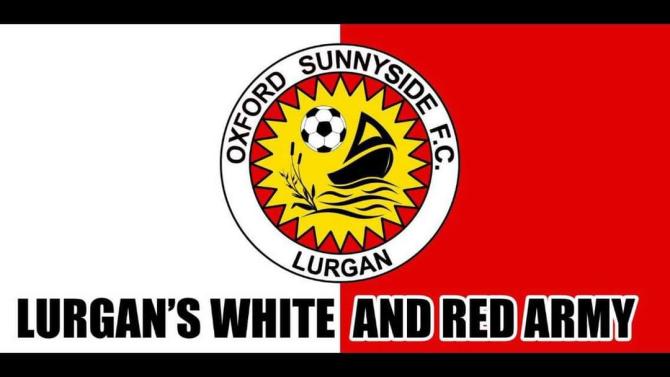 This coming Sunday Oxford Sunnyside's Over 35s take part in their first ever league game against Crumlin United.

Kick-off is at 1pm at Knockramer Park.

Since the formation of the over 35s team earlier this year, the team has gone from strength to strength with more than 40 players registered to play.

Prior to last Sunday's victory against the NI Comedians XI the club had played two other pre-season friendlies against Beann Mhádagháin FC and Southside FC.

In anticipation for their first competitive league game against Crumlin Utd the team's new kit has arrived.  Massive thanks to Tom Green of Four Star Pizza for kindly sponsoring us.

Other exciting news on Transfer Deadline Day came as following an impressive performance for the NI Comedians XI, Lurgan's very own Sean Hegarty returned to his former club to don the Oxford Sunnyside jersey again. He will be a welcome addition to the squad.

The squad is made up of former players, coaches, parents and supporters.

The Over 35s set up is a welcome initiative in these testing times and the charity Emerge is a valuable service.  The ethos of the Emerge Invitational League and the togetherness of the playing squad is a wonderful thing for all involved.