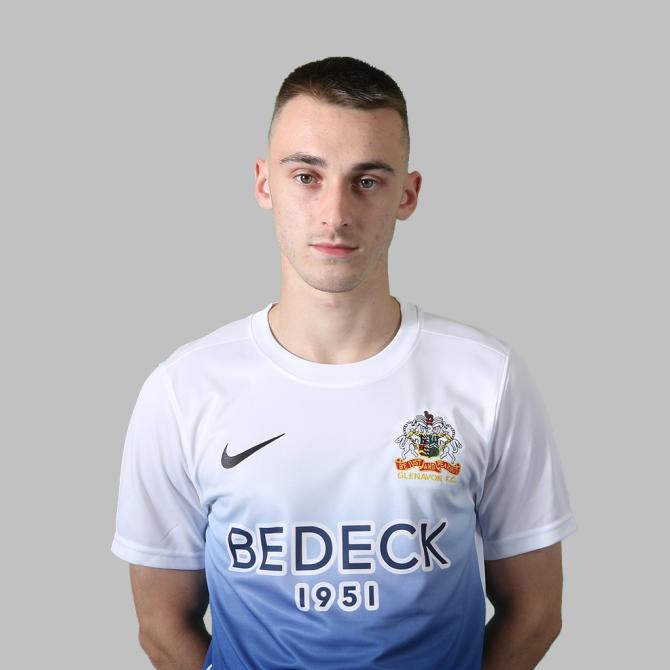 Kyle Beggs scored three goals after coming off the bench as Glenavon made light work of Portstewart in the BetMcLean League Cup.

With barely two minutes on the clock Glenavon felt they should have had a penalty when Matthew Fitzpatrick was tripped inside the box, but referee Glenn Buchanan decided otherwise.

They made the breakthrough on seven minutes when Conor McCloskey's through ball found Josh Doyle, who squared his pass into the path of Jack O'Mahony to tap in at the back post.

Glenavon enjoyed the overwhelming majority - if not all - of the first have chances and were unlucky not to double their lead just after the half-hour mark when Robbie Garrett's low strike from the edge of the box was deflected by a defender for a corner.

Danny Wallace went close too on 41 minutes with a long-range drive which went under Andrew Findlay's hands, but the goalkeeper got enough on it deflect the shot for a corner.

The hosts finally got a second on 70 minutes when James Singleton's shot was spilled into the path of Josh Doyle, who made no mistake from close range.

The pick of the goals came two minutes later when substitutes Ross Hunter and Kyle Beggs linked up, with the later speeding in on goal before coolly slotting past Findlay.

Beggs bagged his second with a great drive home to grab Glenavon's fourth, but Chandler Douglas curled a goal back for the visitors when James Taylor came off his line to clear the ball.

Man-of-the-match Beggs completed his hat-trick six minutes from time, once again running through the Seahawks defence and scoring with another low finish.