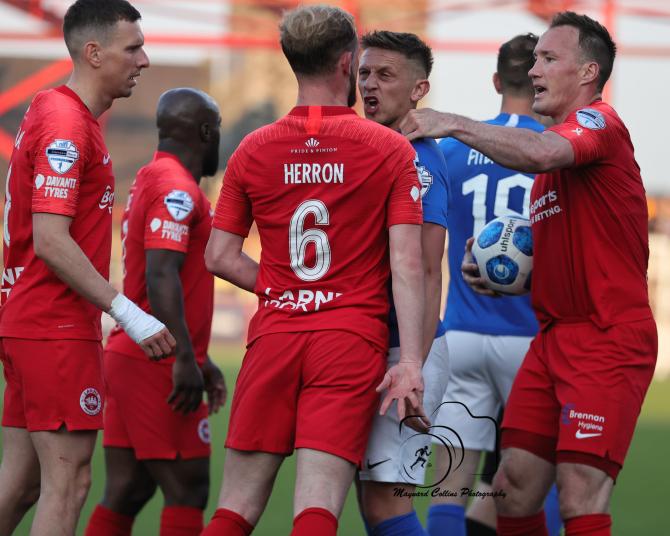 Glenavon's Matthew Snoddy and Larne's John Herron had words when the two teams met in the European play-offs in June.

The Lurgan Blues have had a horrible run of form against the Invermen, seeking to end a run which has seen them without a win over Tiarnan Lynch's side in almost 15 years – albeit Larne were a Championship side for a fair part of that period.

With Glenavon looking for a first home win of the season, here's five things you need to know about tonight's game.