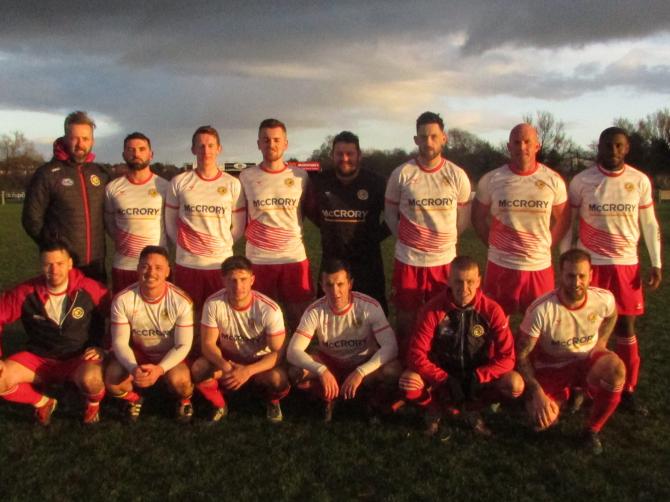 Oxford manager Patrick Mc Crory said his side "want to draw a beatable team" when the Lurgan outfit go into the Irish Cup hat against Premier and Championship sides following today's 2-1 win over Tandragee Rovers.

First half goals from Adam Rodgers and a converted spot kick from Warren Mullen gave the Knocktramer men a cushion and they claimed that a second penalty shout was ruled out in the last quarter.

Speaking after the game team boss Patrick McCrory said, "Of course a glamour tie against the likes of Linfield or Glentoran would be great, we could get a few quid and move on, but we are not going to win the Irish Cup.

"Drawing a lesser team would possibly keep us in the competition. We want to be playing continuous football.

"We have only lost once in the league so a good cup run is going to be crucial."

Remarking on the form of some of his side's more experienced players the Oxford manager said, "There is a decent mix there - you have Jordan Bell, Deckie McVeigh and Peter McCann.

"Everything that can be said about Peter has been said - at 40 he is still going strong has the experience and encourages the young lads along."

Concluding Patrick stressed, "This run is great for the club, so it's all good moving forward. We don't have too many injuries and lets see who we pull out of the hat in the next round."