Glenavon look to bounce back against Swifts 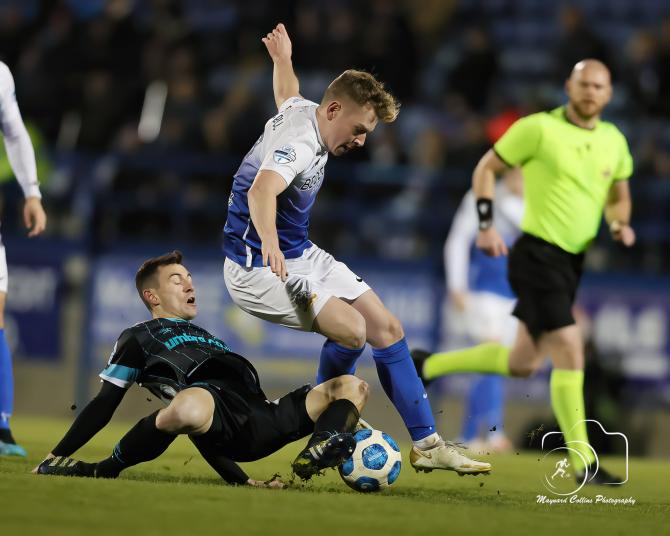 Peter Campbell is tackled during Saturday's defeat to Linfield.

Glenavon need to 'make amends' for Saturday night's loss to Linfield – and there is no better time to do it than tonight, when the Lurgan Blues travel to Dungannon.

That's according to Gary Hamilton, who watched his side go down 3-0 to the champions following a turgid first half display.

He said that the Mourneview men's failure to test David Walsh in the Linfield goal was a crucial factor in Saturday's defeat.

“If we’re going to draw games or win games, you need to score goals and you need to work their goalkeeper and that was the big disappointment,” he said after the game.

“There’s no point in crying about it, you just have to get on with it and roll the sleeves up and keep working hard. Tuesday’s a big game coming up and we have to be right.

“We have to get a reaction from them on Tuesday. They have to be going into the game looking to react themselves and make amends.”

However, they go to Stangmore Park with a defensive headache. Mark Stafford, Andrew Doyle and Mark Haughey are out, James Singleton is likely to miss out too due to a lack of match fitness.

Jack O'Mahoney was injured in Saturday's defeat while Jamie Doran and Conor McCloskey are also out.