Lurgan Blues have got to 'keep the faith' 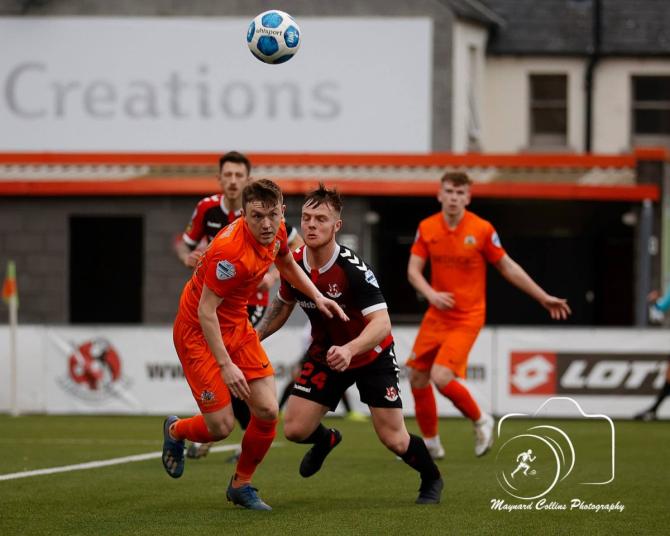 Club captain James Singleton will be a key player for Glenavon against Crusaders tonight (Friday). Picture by Maynard Collins

Former Glenavon and Crusaders boss, Roy Walker, used to end his programme notes with the words, 'Keep the faith'.

And without wanting to sound like Walker – or Bon Jovi – the man currently sitting in the Mourneview Park hotseat is doing exactly that with his current crop of players.

Gary Hamilton was pleased therefore to see Glenavon record their second win in three games on Tuesday night in difficult conditions, away to Dungannon Swifts.

On Saturday the Lurgan Blues and the Crues meet at Mourneview in what will be a dry run for their Irish Cup tie in January following yesterday's draw.

Glenavon are yet to beat a top-six team this season, but they have had a few close calls as Hamilton points out.

And he's urged his team to “take confidence and believe in themselves” following Tuesday night's 2-0 win.

“They've shown in the majority of games this year against the top six that they can compete,” he said.

“Hopefully some of these weeks it will turn for us and we will get the extra goal that we need to get us either a win or a draw and get us away with a win or a draw.

“I have faith and belief in the boys. They just have to keep believing and have faith in themselves.”

Glenavon have actually won three of their last five games against Stephen Baxter's side, drawing one while the only blip in that sequence – albeit a fairly big blip – came during their last meeting, when the Crues ran out 6-1 winners at Seaview.

The Shore Road side are 12 points clear of Glenavon in sixth, so if they could get one, a victory for Hamilton's side would go a long way towards closing the gap on the top six.