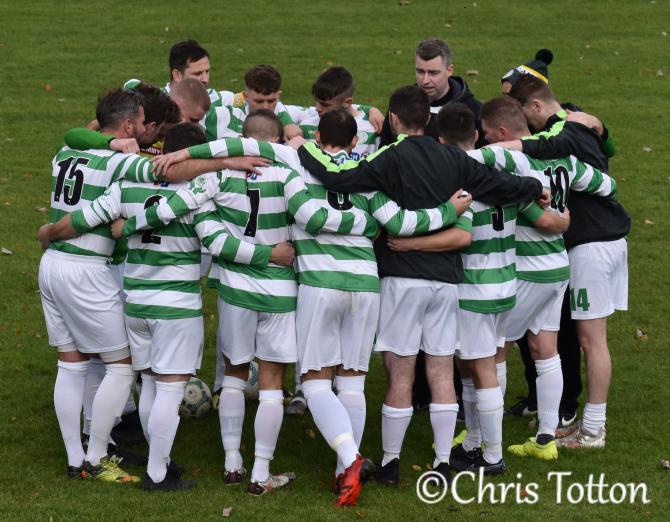 Lurgan Celtic manager Michael Smyth is on a mission!

Just a few short years since the club folded, they are attempting to weave their way back up the Mid Ulster League in the hope that all the sterling work at youth level can lead to future success.

The side, who sit just behind the leaders FC Mindwell at the top of Division 3, have been in top form - but how does the progressive coach see the meeting of the two sides after the Christmas break?

In the first of two interviews, Smyth said, "Mindwell have had a great campaign going unbeaten, and after a slip up from ourselves against Castlecaulfield we have been ruthless, going unbeaten in the league and racking up the goals, along with much needed clean sheets.

"As big of a game as it is in the league, it's just another 90 minutes in which we need three points. It's exciting to face Mindwell for the first time in competitive football," suggested the Celtic boss.

So how did the forward-thinking manager set the ball rolling to get Lurgan Celtic back on its feet?

"When we took over the first team, myself and Donie McCourt felt we first had to build a team capable of winning Division 3 and over the two seasons (one cut short from Covid) we believe we have built an extremely strong squad, mixed with experience and youth.

"New signings from last season include youngsters Michael McConville, who is part of the set up at Clan Na Gael and who is a superb footballer; Tyler Burns who signed from Gilford; Conor Jordan and also Aaron Withers from Oxford. All four have broken straight into the first team and all played a massive part this season.

"Withers has been clinical from the first game and a striker we had targeted in our first season.

"We have also added experience through Michael Goff (goalkeeper) Michael Haughian and Jonathan Douglas. With all three playing at a higher level and along with the likes of Squares, Buckshot, Kenny Devereux, Paddy Toman and Gary Gilmore, they have brought a great boost to our already brilliant squad.

"Myself and Donie know what's expected and a quick shift up the leagues is what I'm sure most are expecting from us, but there is also a huge emphasis on the Academies, and the club have many great youngsters coming through."