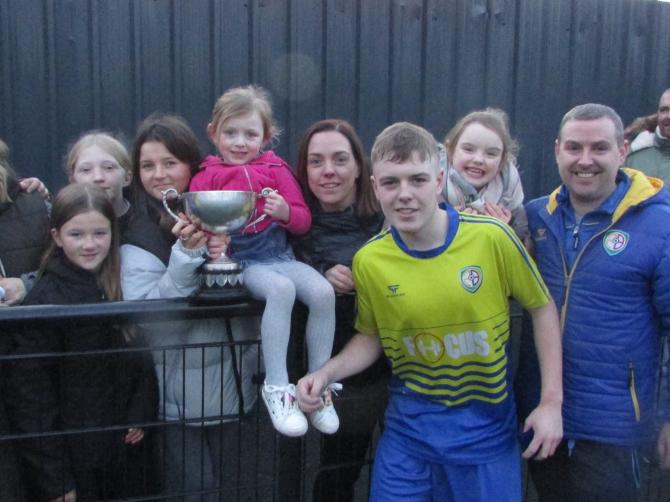 Three goals in the second half clinched todays Savage Cup final win for the Train To Be Smart Under 19 side over a very competent Banbridge outfit at Craigavon City's ground.

The County Down team looked particularly strong in the opening period and held the lead for almost all of the first 45, appearing to be the more co-ordinated and complete unit.

But after the break and a stern team talk the winners regrouped to hit three second half strikes from James Moore, Calum Wilson and Rogan McVeigh.

Although the side suffered a blow when the lost Ethan McKenna through injury on 25 minutes, young Wilson certainly made a difference when introduced.

In goals, T.T.B.S had Aaron Brennan is sparkling form, and the lad could have a big future in front of him.

Train To Be Smart, which was formed a number of years ago by local man and former Man United player Pat McGibbon, has been a flagship project, offering a positive outlet to many members of the community.

Today Banbridge certainly played their part in a festive spectacular in front of a big crowd. Hosts Craigavon City should once again be commended.

Rogan McVeigh was viewed as the man of the match.