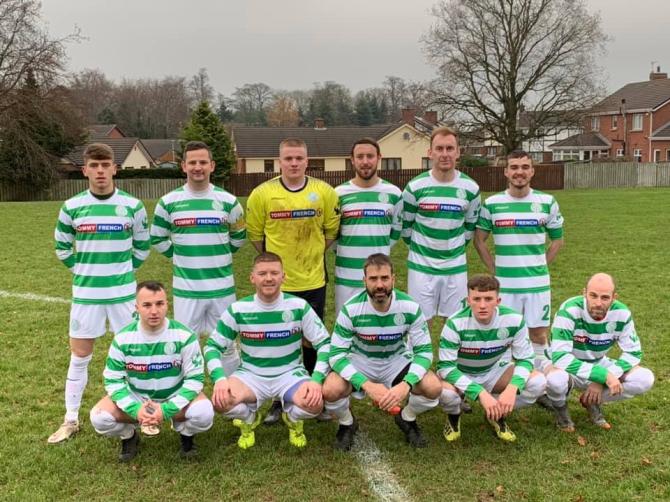 Lurgan Celtic first team manager Michael Smyth says that the club are greatly enhanced due to the influence of their former player Donie McCourt.

Praising his assistant, the Hoops' manager said, "Donie is superb in everything he does. He loves the club and is very tactically aware.

Smyth added that he has "never enjoyed football more".

He continued, "We have assembled a brilliant squad and there is a great buzz around it all. This can also be felt through the academy with teams performing superbly in their respective leagues.

"Along with the first team I also take the under 14s with JP McIlvenny, which I absolutely love. Being involved in both youth and first team gives you a good passion for the club at both levels and also probably emphasises the importance myself and Donie have put on academy players to play for the first team."

So what is the talent pool at Celtic like?

"We have promoted numerous players and always look to our successful under 19 side as the best talent to move forward," said the Hoops boss.

"Locky Crawford burst onto the scene last season from our under 17s and has been a main stay in the first team ever since. Ethan Todd and also most recently Matthew Lennon have also made the step up with ease and performed brilliantly.

"The club have put a lot of effort back into grassroots and as we see the numbers rising the quality is also beginning to emerge."

With Lurgan Celtic attempting to climb the Mid Ulster divisions, what is the back up like? Michael Smyth is well covered.

"Just to mention a few who make it all possible, Donie McCourt is top class, and brings so much to the set up," said Smyth.

"Donie has played at a top level and represented Lurgan Celtic during the successful years. He loves the club and is tactically brilliant. McCourt brings so much professionalism to the set up and also sets high standards for the lads to perform to.

"Our kitmen Chris 'Cruncher' Greene, Gerdy Campbell and my dad Aidan - three men who are the heart and soul of the first team. What happens on the pitch wouldn't be possible without these men!

"Also Frankie McKay our utility man. Frankie does our social media but is a man who always covers everything on match days, he thinks of all the small details and always represents the club with class. We are delighted he's joined as part of the backroom staff."

In just a few short years Lurgan Celtic have re-invented themselves and will no doubt be again a top force in Mid Ulster football.