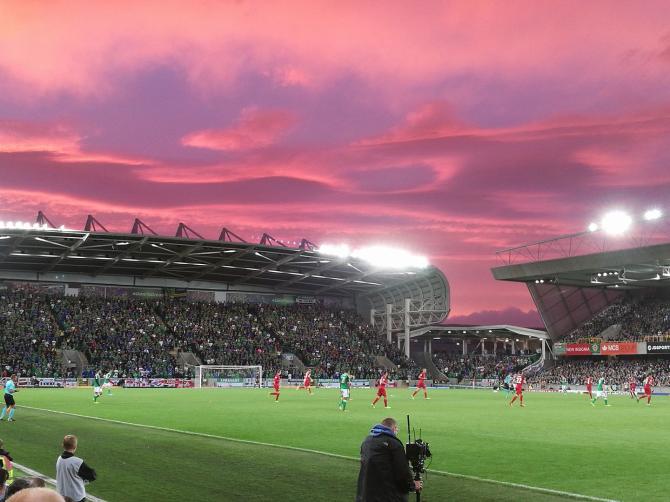 Glenavon’s Head of Youth Development says he hopes that the club’s U18s will gain experience which will take their game to the next level.

They are due to take on Dungannon Swifts in the final of the Dale Farm Protein Milk-sponsored Harry Cavan Youth Cup final at Windsor Park on Wednesday, May 4 (kick-off 7.45pm).

The young Lurgan Blues defeated Glentoran Colts 5-1 at Crewe Park in the semi-final.

A delighted Head of Youth Development Chris Chambers told Glenavon’s official website that the club were “proud” to have made the final.

“It’s great to see two local teams reach the final and for me it’s no surprise as I see how much both clubs put into youth development and coaching,” he said.

“Over 90% of the players eligible to play have came through our Development Phase into our NIFL Phase which is a great testament to the work our coaches and players have done during their time in our Academy.

“We hope the players and coaches can use this opportunity to gain vital experience that will help them progress as footballers and coaches. The messages and support the young players have received has been excellent, it would be great to see everyone come out and support the team in the final, hopefully we will be celebrating at the end of the game.”