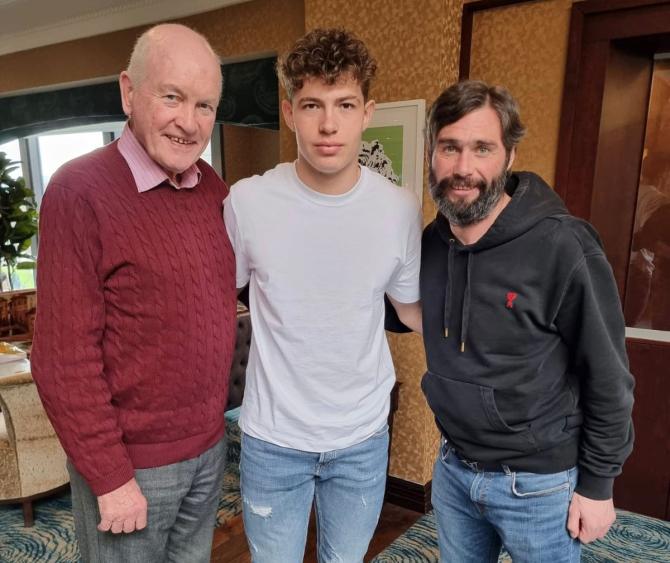 Glenavon could be missing five players ahead of Saturday’s key game against Ballymena United.

The Lurgan Blues are a point ahead of the Sky Blues going into the first game of the post-split fixtures.

A victory for either side would be a huge boost their hops of making the European play-offs and a possible place in next season’s Europa Conference League.

Goalkeeper James Taylor misses out for the rest of the season after receiving his marching orders in Glenavon’s previous game against Coleraine a fortnight ago. The Lurgan Blues moved to sign 17-year-old Northern Ireland U19 goalkeeper Josh Clark, with international clearance coming through in the nick of time on Friday which will allow him to play.

Also missing are Andrew Doyle who has injured his ribs while Andrew Hall has a groin injury.

There are doubts too over Michael O’Connor and Andrew Waterworth’s availability.

The Lurgan Blues will be looking to better their previous outing against the Sky Blues in February when Matthew Fitzpatrick, Peter Campbell and Conor McCloskey found the net for the Lurgan Blues during a 3-3 draw, a game which also saw Danny Wallace and Robbie Garrett sent off in the second half.

Elsewhere, the league’s top two meet with Linfield looking to extend their one-point lead over Cliftonville as the race for the Gibson Cup hots up.

The Reds kept themselves within touching distance of the Blues on Tuesday night with a 2-0 win over Portadown at Shamrock Park.

Linfield and Cliftonville meet at Solitude at 5.30pm, while Glentoran, who have taken their expulsion from the Irish Cup to arbitration, take on Crusaders at the Oval in one of Saturday’s 3pm fixtures.

Defeat for the Glens could spell disaster for their title hopes, with Mick McDermott’s side sitting five points behind the Blues.

In section B of the table, Warrenpoint Town’s relegation from the Premiership would be confirmed if they lose against Portadown.

A draw would see them all but down, with a 12 point gap between the Ports and the Point with 12 points available after Saturday’s games.

In Saturday’s other action, Dungannon Swifts and Carrick Rangers both need a win to pull away from the bottom two and stay out of the promotion/relegation play-off.