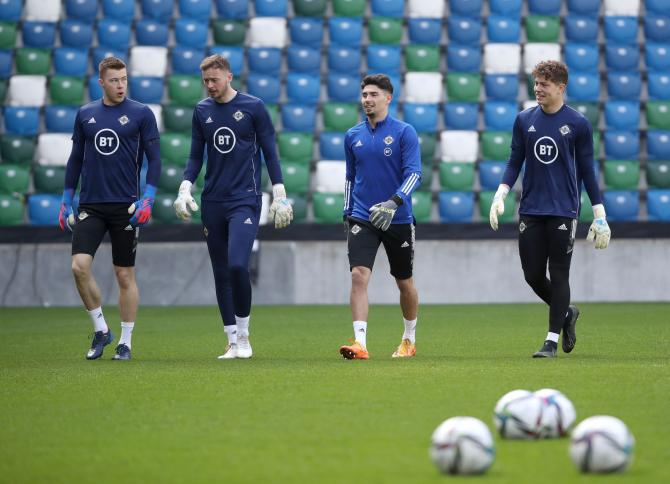 The Lurgan Blues had been left without a goalkeeper for the rest of the season following James Taylor’s red card against Coleraine.

Clarke has represented Sweden, England, the Republic of Ireland and Northern Ireland at underage level and had been part of the Northern Ireland senior squad’s preparations for their recent friendly against Hungary.

“We had actually signed Josh on March 31 but there was an issue with international clearance,” Lurgan Blues boss Gary Hamilton told the club’s website.

“But that has now been resolved and it’s a real positive for us ahead of five big games for us.

“As a manager you don’t like throwing inexperienced young players into big games. Unfortuntely our other goalkeepers simply don’t have that experience. While Josh is still a young goalkeeper, he has been in and around that professional environment, having trained with Bournemouth during his first year at the club, and he’s been with the senior NI squad too.