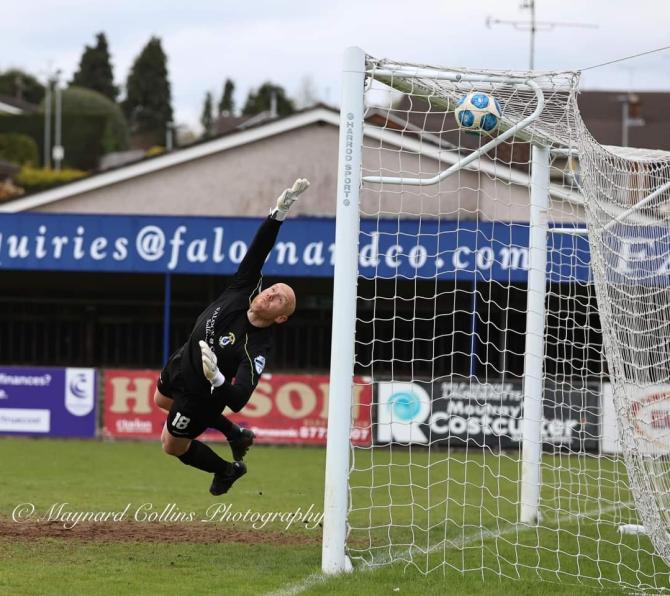 Glenavon’s hopes of making the European playoffs we’re dealt a blow after a surprise defeat to Dungannon Swifts.

The loss, coupled with Ballymena United’s win against Carrick Rangers, means that what was a four point gap at 3pm is now just a one point gap between the Lurgan Blues and the Sky Blues with three games left to play.

Glenavon now need to win all of their three remaining games to secure seventh spot - away to Carrick on Easter Tuesday and two home fixtures against Portadown and Warrenpoint Town.

Glenavon were behind inside the first minute, despite the best efforts of goalkeeper Josh Clarke. Straight from the kick off the Swifts attacked and the Glenavon defence failed to deal with a long ball over the top. Rhyss Campbell’s initial efforts were saved but James Convie tapped in on the rebound.

The Lurgan Blues’ terrible start continued when Mark Haughey brought down Campbell inside the box on 17 minutes. James Knowles sent Clarke the wrong way to double the Swifts’ lead.

Stand-in Swifts goalkeeper Dwayne Nelson made a great save to deny Matthew Snoddy, who shot at goal from the right hand side of the box.

Glenavon pulled a goal back when Garry Breen turned a cross into his own net on 32 minutes.

And two minutes later it was 2-2 when Conor McCloskey placed a well-struck free kick into the top right corner of Nelson’s goal.

Glenavon could have gone in front on 40 minutes when Danny Wallace flicked a McCloskey free just wide of the target.

Just before the hour mark Matthew Fitzpatrick was unfortunate not to score when he headed a Peter Campbell corner, only to see it crash back off the bar.

Michael O’Connor, on for the injured James Singleton, tried his luck with a 30-yard free kick which Dwayne Nelson saved. Up the other end Cathair Friel missed the target from close range as both sides pressed for a winner.

It was Dungannon who would get secure the win seven minutes from time when a cross by Ryan Mayes was turned into the Glenavon net.
Their win means that the Swifts are now safe from automatic relegation, with seven points separating them from Portadown in the playoff spot.