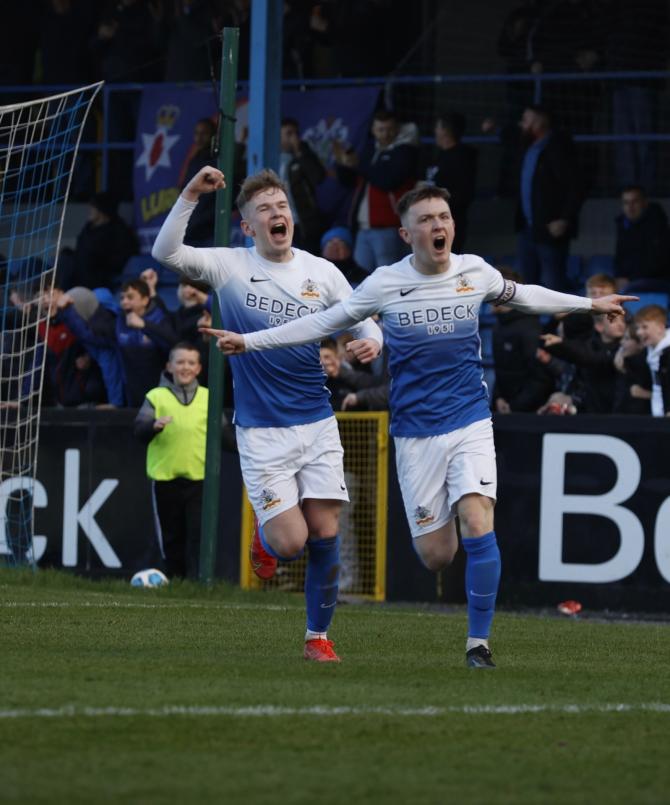 Anything can happen on derby day, but Gary Hamilton wants nothing less than victory over Mid-Ulster rivals Portadown this afternoon.

Victory – or indeed any result that is better than Ballymena United’s against Carrick Rangers – would secure a place in the Premiership’s European play-offs.

Not only that, but the supporters would have the bragging rights over their fierce rivals once again.

Glenavon haven’t lost in their last five outings against the Ports, and their most recent meeting – a 3-0 win for the Lurgan Blues at Mourneview Park in February – was probably their most comfortable performance of recent years.

However, while Glenavon could secure that Euro play-off spot, the Ports also need a win to keep alive their hopes of avoiding the promotion-relegation play-off, which looks likely to be against near-neighbours Annagh United.

It’s a game which Gary Hamilton knows is not going to be easy.

“They’re the games that we all want to play in but it’s a bit more difficult for us because Ballymena don’t have any derby games in the split,” he told Glenavon Media.

“Anything can happen in derby games but it’s a fixture that the players have to look forward to.

“We want to get the job done as soon as possible in terms of securing that play-off spot. That’s what we will be asking the players to do and hopefully they can go out and do that.

“It’s a big day for the supporters too, there’ll be a great atmosphere about the place and hopefully the boys can give them something to be happy about.”

Glenavon will be without the injured trip of Andy Hall, Conor McCloskey and Jamie Doran.