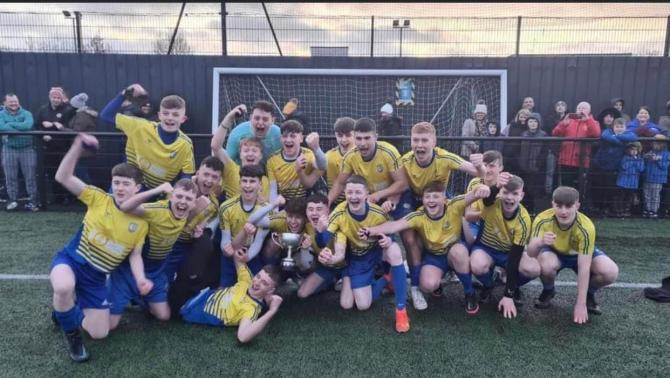 Train To Be Smart official Pat McGibbon has praised the club's under 19 side which were crowned Mid Ulster league champions at the weekend.

At the start of the season, TTBS spoke about entering an under 19 team into the Mid Ulster Juvenile Season for ‪2021-2022‬. With a team which was essentially an under 18 team, the club entered a side looking to compete in the league.

But the group not only competed, they showed themselves to be true champions.

Last Saturday, they rounded off a terrific league campaign by winning the Juvenile League.

McGibbon said, "Well done to Stevie Casey, Stephen (Toby) Toman, Sean McCann and all the players on a brilliant season.

"Everyone connected with Train 2B Smart are hugely proud of your achievement."