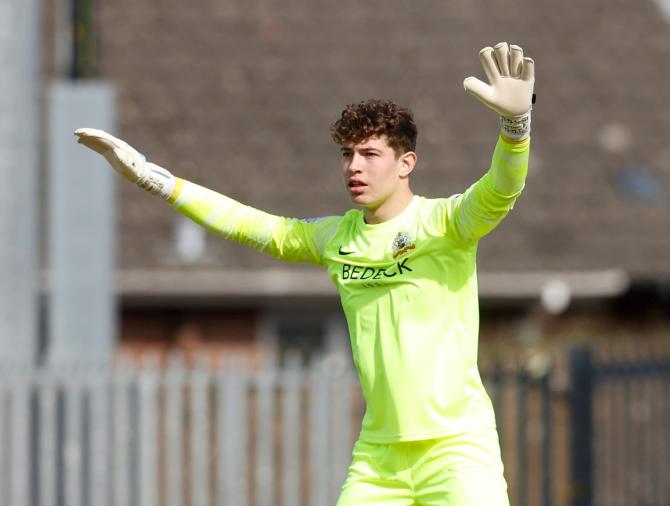 Glenavon's Josh Clarke has been called up to a training camp with the Northern Ireland senior squad.

He might only be Glenavon's for a short time, but Josh Clarke has done enough to convince Northern Ireland boss Ian Baraclough that he is worth another look for his senior team.

The former Bournemouth goalkeeper has been selected for a four-day training camp taking place in England this week, as have local lads Shane Lavery and Oisin Smyth of Blackpool and Oxford United respectively.

He's one of four Irish League representatives in the squad, along with Larne defender Kofi Balmer, Dungannon Swifts midfielder Terry Devlin and the man who put Glenavon to the sword in the European play-off game last week, Glentoran forward Conor McMenamin.

The camp at St George's Park is part of the preparations for four UEFA Nations League fixtures next month.

Northern Ireland, the top seeds in Group 2 in League C of the 2022-23 edition of the competition, will begin their latest Nations League campaign with a game against second seeds Greece at the National Football Stadium at Windsor Park on Thursday, June 2 (7.45pm).

Baraclough’s team will then play fourth seeds Cyprus away on Sunday, June 5 at the AEK Arena in Larnaca (5pm start UK time) followed by another away fixture against third seeds Kosovo on Thursday, June 9 (7.45pm UK time). That game is being played at Stadiumi Fadil Vokrri in Pristina.

Their fourth and final fixture in June is a home match against Cyprus on Sunday, June 12 (2pm).

The full squad taking part in the camp this week is as follows: