Oxford Sunnyside U9 girls reach final in their first ever tournament 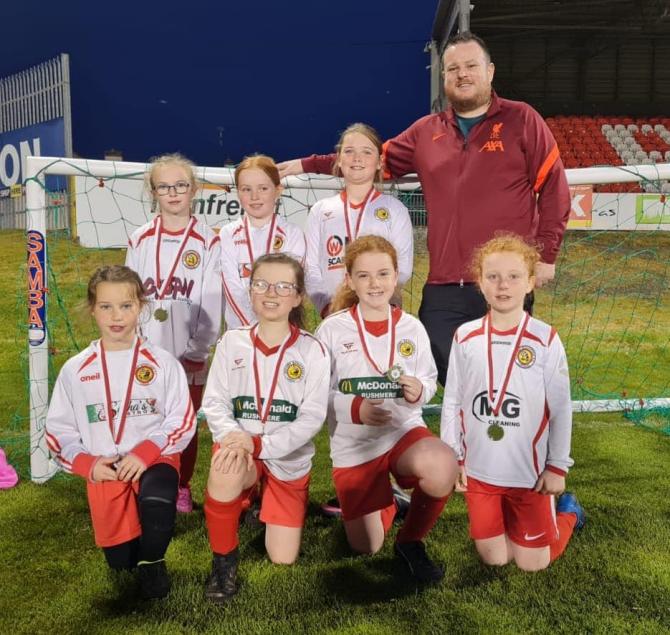 The girls won their first four games to finish top of their group, beating Mid Ulster 1-0 twice and Portadown 4-2 and 6-1.

In the cup semi-final they defeated Hillsborough 2-1.

The cup final was a tough match against a unbelievably strong Linfield side.

The girls held strong and rattled their cage, just not the net! Sienna had a brilliant attempt at goal was closed down by the Linfield girls.

The game ended 0-5 to Linfield but the girls are delighted to come away from their first tournament in second place in the Cup!