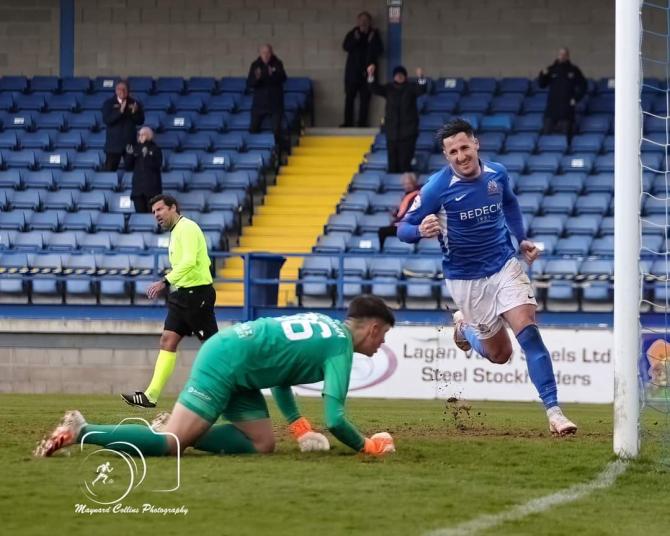 Glentoran have announced the signing of ex-Glenavon striker Danny Purkis.

Purkis, 27, spent most of last season at East Belfast after asking the Lurgan Blues to release him from his contract, citing family reasons.

However, the striker, who was Glenavon's top scorer in the 2020-21 season, signed an agreement not to play for a top flight club until the end of his contract, which was due to run out in 2024.

The move was confirmed in a tweet by the Glens. This morning's Sunday Life reports that a Glenavon spokesperson told the newspaper: "Talks took place with the player, who agreed to make a donation to our club. We then agreed to his release.

"Things happen in football. He wanted to return to senior football with Glentoran, so we are happy things worked out for both parties."

"He is a proven goalscorer in the Premier League and is a handful for defenders every time he steps on the pitch. Danny is a player who has worked hard at his game over the past few seasons, He has matured as a player, and we know he will definitely strengthen our team. An East Belfast lad coming home!”