Glenavon explain why they sold James Singleton to Glentoran 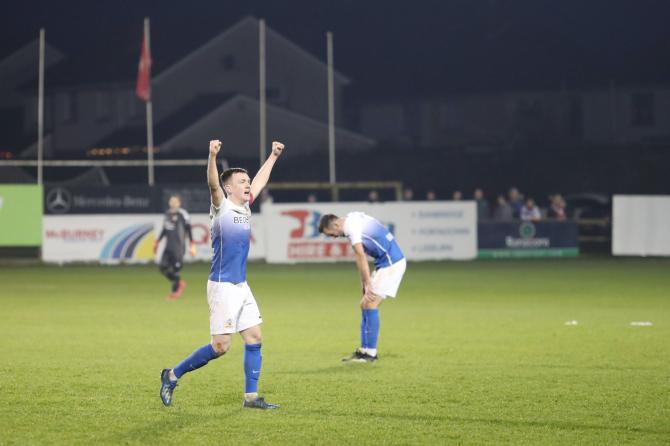 James Singleton, who has left Glenavon to join Glentoran.

Gary Hamilton says that Glenavon’s board acted “in the best interests of our football club” when they agreed to sell James Singleton to Glentoran.

Singleton, 27, has moved to the Oval club for an undisclosed fee after spending 10 years at Mourneview Park.

He had been offered a new contract at the end of last season but refused to sign it in the hope of experiencing full-time football.

“He was running into the last year of his contract and we approached him at the same time we approached the five other guys who were offered four-year deals,” Hamilton told the club’s website.

“We said we would like to extend his deal as well, but like last time, he said he wanted a taste of full-time football. You have to respect his wishes – it’s every young boy’s dream.

Hamilton said the fee the club has received was “very acceptable” considering his former captain was in the last year of his contract and would have been able to agree terms this January to leave on a free transfer at the end of the 2022/23 season.

“Glentoran phoned us up on Saturday and made an offer,” he added.

“We obviously had to look at it, take into account that he’s in his last year of his contract and could walk for free if he signed a pre-contract in January, meaning we would have got nothing for him.

“In the best interests of our football club, first and foremost, we had to look at it. It was a fee we thought was very acceptable for a player in the last year of his contract, who wasn’t going to sign a new deal. The board met and we obviously accepted the deal.”

Speaking to Glentoran’s website, Singleton said he was “delighted” to be joining Glentoran.

“Once I heard Windy, Mick and Glentoran were interested it was a no brainer. I just can’t wait to get going.

“They’re a massive club. Even when they weren’t doing so well their fanbase, their stadium… it’s a great project to be part of.

“I was at Glenavon for nine years and it was amazing. I met a lot of good people there but I just felt it was the right time to move on.”