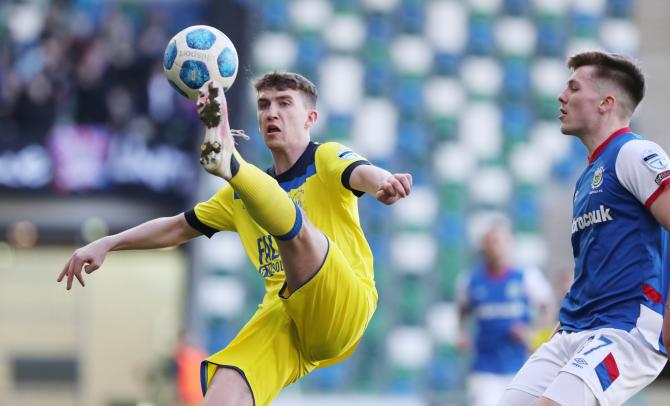 Glenavon have signed Micheal Glynn on loan from Derry City.

The left-back spent last season at Dungannon Swifts where he made 37 appearances. He was also part of the Ballinamallard United team which reached the final of the Irish Cup in 2019.

Glynn can play at left back but can also fill into a number of other positions across the midfield and defence.

"He did really well," said Hamilton.

"He is somebody that I watched last season at Dungannon a couple of times and he impressed me. He’s young and hungry.

"He obviously wants to progress his career and get into the Derry City team so he looks to us to come on loan for another years’ experience, like he had at Dungannon last year. We will get the good out of it, and so will he."