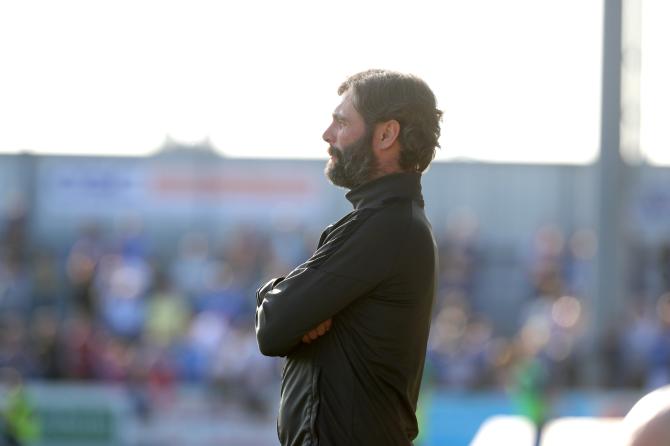 It’s the most wonderful time of the year for football fans.

The Irish League season is back, with Glenavon travelling to Ballymena United on Saturday for their opening fixture of the 2022-23 season. Your Lurgan will be bringing you live text updates from the game, starting at around 2.30pm (kick-off 3pm).

It will be the first season in 10 that Glenavon won’t have James Singleton listed in their squad, with their former club captain joining Glentoran during the close season.

Andrew Waterworth has retired while Jack O’Mahony joined Coleraine. Josh Clark, who was unlikely to return in any case, signed for Celtic in the days before the start of the new campaign.

The other exits see players dropping down the leagues, such as Oisin Barr (H&W Welders), Robbie Norton (Loughgall) and James Taylor (Bangor).

Meanwhile Eoin Bradley has made a return to the club from Coleraine. Jack Malone looks like he could add some quality to the Lurgan Blues midfield after joining from Derry City, as has left back Micheal Glynn on loan.

Rory Brown will be expected to be Glenavon’s number one this season after his move from Glentoran was confirmed, while Conor Kerr (Loughgall) and Issac Baird (Portadown) will be worth keeping an eye on.

The Lurgan Blues’ pre-season has ended with 10 wins and two defeats, plus an inter-club game.

Having run his eye over the squad for the past number of weeks, does Gary Hamilton think his team are ready for the off?

“We’ll find out on Saturday,” the Glenavon boss quipped.

“I thought it was a decent pre-season, the boys have worked hard and we have put in some decent performances.

“There’s been no moaning or groaning out of the players and I guess you never really know how pre-season has gone until the first game of the season has gone, so we’ll judge it after the game on Saturday.”

Unsurprisingly, Hamilton is realistic when it comes to what he feels his Glenavon team are likely to achieve this year. There’s no title talk, for example.

“Our target is the same as last season’s target and things haven’t changed,” he said.

“We have the same aim of getting ourselves into a position of getting a shot at European football. Obviously we would love a good cup run but from the perspective of the league, we want to be in the same situation that we have been for the past two years where we are at least with a shot of the semi-final.

“Obviously we would love to finish the season in Europe, that’s what every team would love to do, but the expectation is on those four full-time teams to take the four European places. Whether we can break into that remains to be seen.”

He added, “If we can stay injury-free and get a rub of the green who knows, we might break into that top six."

Glenavon rounded off their pre-season game with a win at near-neighbours Dollingstown. Hamilton named a team full of youngsters plus a couple of other experienced heads – including himself – and you would have been forgiven for thinking that he had his starting XI for Saturday’s opener in mind.

But that’s not the case, he says.

“The boys who got their chance on Saturday got 90 minutes but there were a few who didn’t – Conor McCloskey, Andy Hall, Conor Kerr, Jamie Doran and Issac Baird, plus Harry Norton too. Everybody comes into contention,” said Hamilton.

“Aaron Prendergast [who scored against Dollingstown] hasn’t done himself any harm either. I thought he was super and when he came on against Ballyclare last week I thought he was excellent then too.”

David Jeffrey’s United team have signed well in pre-season, with Davy McDaid and Jordan Gibson amongst those who have joined the Sky Blues during the summer. As such, Hamilton is expecting a tough fixture.

“We always want to try and get results and get the season off to a good start – everybody does.

“Hopefully we can go there, give a good account of ourselves and come away with the three points.

“It’ll not be easy, it never is down there. We need to be ready, we need to be switched on and defensively good, but we need to take our chances when they come to us.

“If we do those two parts of the game well you’ll always stand a chance of getting a result.”