Hamilton calls for mindset change ahead of Carrick game 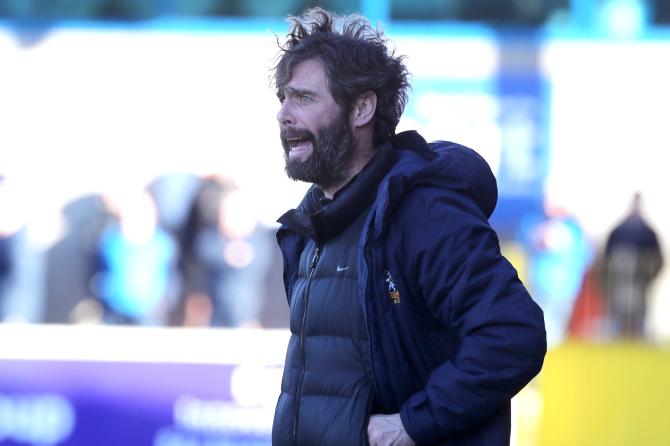 Their shock 5-1 loss to the Premiership newcomers was very similar to their 4-0 loss last season at home to Carrick Rangers.

“Carrick are a decent side who caused a lot of teams problems last year. We got it last year, especially when we played them at home and they turned us over 4-0, he said.

“That was similar to how we started against Newry the other night. We started poorly and it spread through us like a disease.”

If Glenavon are to get anything out of the game they will have to change a mindset which saw them thumped just days after beating Coleraine at the Showgrounds.

“It has to be a mentality thing or the boys struggle mentally with the pressure of the tag as being favourites,” Hamilton added.

“I remember Carrick coming here and winning 4-0 last year, Portadown the year before and I reiterated that we need to start games well against teams who will be in and around us in the table.

“I’m not being disrespectful but it’s more than likely Newry will be in the bottom six as they’ve just got promoted but you need to start well against teams like that.

“You need to get your points at home, you need that mindset going into these games and I was hoping to see a change this year and the elation of last Friday night would give them the belief and the confidence but they didn’t.”

Glenavon will have Eoin Bradley back in contention after his suspension came to an end. Calum Birney, who was sent off against Larne, had a place on the bench against Larne but might well come into contention this time around with Hamilton expected to ring the changes.