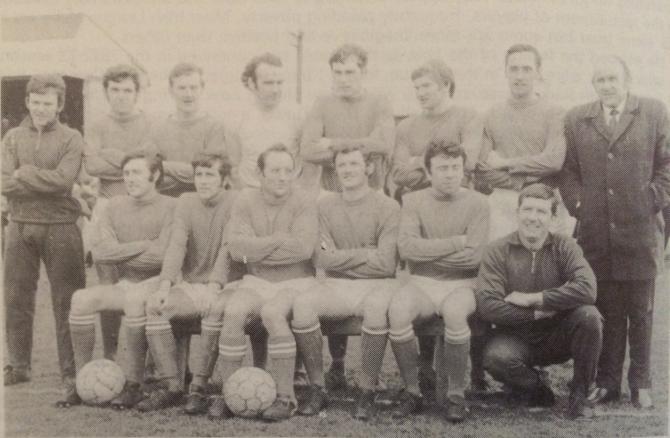 Glenavon have paid tribute to one of their legendary strikers, who passed away on Friday.

He joined the club in 1964 from Linfield, after manager Jimmy McAlinden did a deal which saw Glenavon Reserves goalkeeper Sammy Cowan go the other way.

He went on to become the club’s second-highest goalscorer behind Jimmy Jones with 295 goals in 373 appearances and was the club’s leading goalscorer in eight successive seasons, between 1964/65 – 1971/72.

Denis is the only Glenavon player ever to score six goals in a game, which he achieved against Glentoran at Mourneview Park on Christmas Eve, 1966.

In fact, only two players have managed that feat in Irish League football – Denis and Gary Hamilton for Portadown against Omagh Town.

He was also a talented cricketer, with Laurelvale Cricket Club saying he was “one of the classiest batsmen to play for the club.”

They added: “His influence over the current playing generation at the club cannot be underestimated."

He also played for Lurgan Cricket Club along with his brother in the mid 1970's and shared in the club's All Ireland Cup successes in the 1980's.

Both clubs said their sympathies are with the Guy family at this sad time.

A funeral notice said Denis was the loving husband of Olwen, devoted dad of Louise, Suzanne and John, dear father-in-law of Colin, Chris and Wendy, loving granda of Alexander, Lucy, Ben, Max, Alfie, Ted and Joey, loving great-granda of Tommy and much loved brother of Tom and Diane.

His funeral service will take place in St Mark’s Parish Church, Portadown on Sunday at 2pm followed by committal in Lurgan Cemetery. Everyone is welcome at the Guy family home, 103 Banbridge Road, Waringstown, BT66 7RU on Saturday from 6pm onwards.