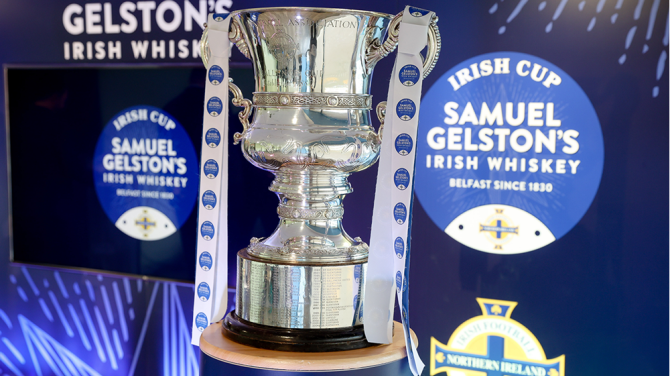 A Jonathan Ewart brace helped Dollingstown on their way to victory in the Irish Cup on Saturday.

The Dolly Birds saw off Lisburn Rangers in a 4-1 win on Saturday.

Ewart gave the visitors the lead after getting onto a James Walker through ball.

Rangers made it 1-1 but a Ben Neill goal gave Dollingstown a lead they wouldn't lose.

Further goals from Ewart and Acheson ensured that the Planters Park outfit were in the hat for the third round.

Elsewhere in the cup Craigavon City suffered a 6-0 defeat to Coagh United and AFC Craigavon were beaten 11-0 by Crumlin United.

However, Oxford Sunnyside did make their way into the hat for round three with a 6-2 win over St Oliver Plunkett, as did Lurgan Town who enjoyed a 2-0 win away to St Luke's.