Orchard County could soon be back training 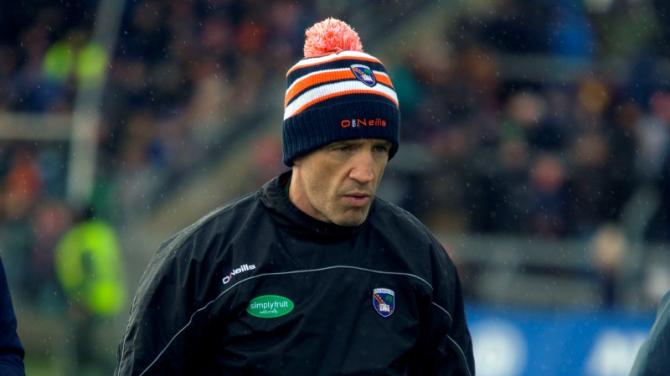 It is not known yet when competitive matches can resume, with the GAA saying previously that a four-week pre-season would be required before playing games.

It was announced earlier in March that club training four adult and youth GAA players in Northern Ireland can resume in pods of 15 or less.

There remains a huge desire on the part of the GAA to stage the 2021 Allianz Leagues, albeit in a regionalised compacted format. If all goes to plan the football league will start some time in May.

Armagh back in Division 1 for the first time in twelve years would be grouped with three other Ulster counties, Monaghan, Tyrone and Donegal. Whoever finished bottom would be relegated to Division 2.

Armagh have home fixtures to Tyrone and Monaghan and away to Donegal.

However, it should be noted that these dates are conditional and will very much depend on what happens in terms of the overall COVID-19 picture in the coming weeks.

Whist the GAA would prefer an all-island approach, their COVID Advisory Group supported the six counties returning on April 12.

Whilst nothing yet has been set in stone, should Armagh finish in the top two of their regionalise Ulster group they would meet one of the top two in the southern region which consists of Dublin, Kerry, Galway and Roscommon.

It is understood there a number of changes to the Armagh panel with some players opting out and few more in. Gone are Jamie Clarke and Joe McElroy whilst Ballymacnab’s Jack Grugan, Culllyhanna’s Ross McQuillan and Killeavy’s Ciaron O’Hanlon are back.

Collective training will start on a 32-county basis, there will be no divergence between the two jurisdictions. Former Armagh star Oisin McConville had called for training to recommence here due to a growing vaccination programme plus a reduction in COVID-19 cases.