Clash of the Clanns to bridge 53-year gap 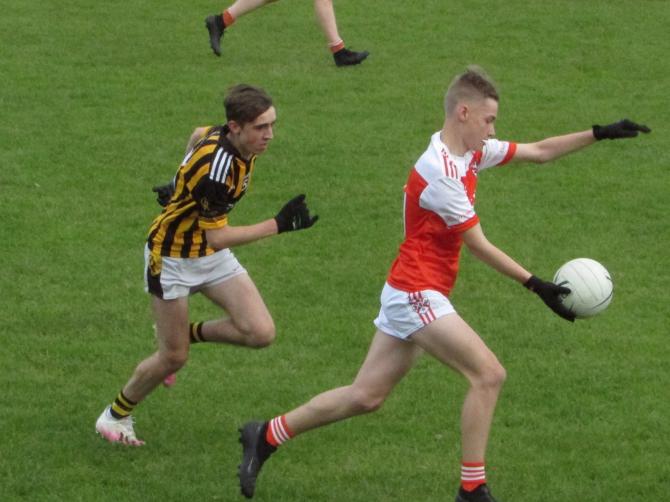 Action from tonight's semi-final between Clann Eireann and Crossmaglen Rangers.

Clann Eireann and Clan Na Gael are set to meet in their first Armagh All County Championship final for 53 years.
It follows the Lake Street club's semi-final win tonight over Crossmaglen tonight on a score line of 1-16 to 1-12.
The Clann Eireann youngsters fought back from four behind at the break to win by four.
Despite hitting 10 wides in the second period, they had enough in reserve in defence to thwart Rangers in the dying minutes.
Looking back on both clubs' histories, former All Star and Blues man Jimmy Smyth said, "I know the teams met in a senior final back in 1968 when Clann Eirean had Frank Toman, Laurence Lavery and Tom Lenihan on the team, but for the life of me I don't remember the teams meeting in any other all county finals at either senior or underage level."
The under 15 decider is set to take place next Thursday week at the Athletic Grounds.
Ironically, two seasons ago, Clann Eireann's minor side broke through after a 50-year slump to win the minor title.
This year's decider was carried over from 2020 and is set to be an enthralling encounter.