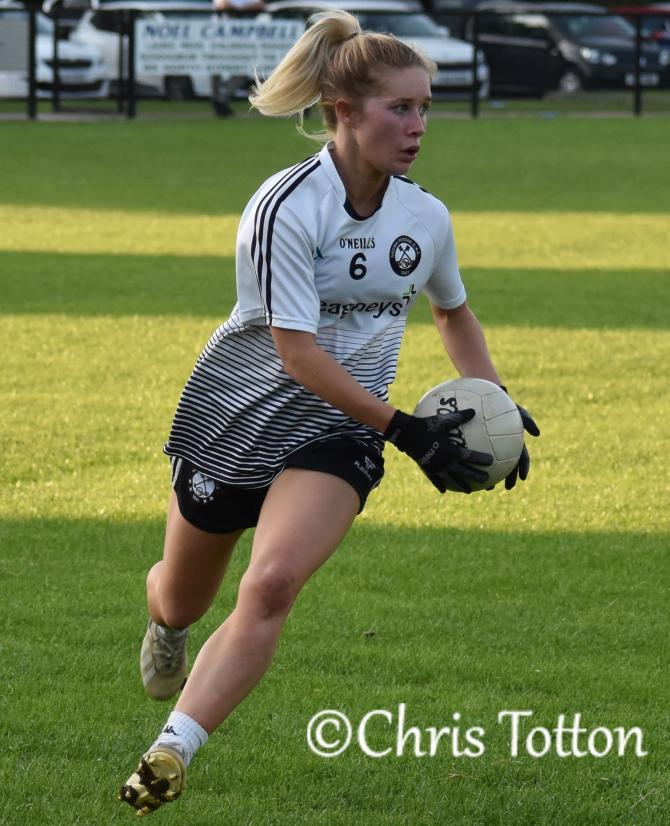 St Peter's player Hannah Abraham will be looking to make an impression against Eire Og in the county final. Picture by Chris Totten.

In the lead up to Sunday's enthralling Championship final between St Peter's and Eire Og, ‘Whites’ chairman Paul Lavery heaped praise on his club’s coaches, describing them as "amazing".

Paul said, "We know how much it meant to all of us at the club winning the men's championship a couple of years ago and, to be honest, with the ladies in the county final, there is a similar buzz at the moment.”

Just five short years ago St Peter's ladies were struggling for numbers, but the committee put the word out for coaches with the positive response leading to an upward spiral.

Paul explained, "I always believed the girls were there. It was just a matter of putting the right coaches in place.

“We have a huge squad which is telling in itself.

“Travelling to the Athletic Grounds will be a new experience for many of the girls. Eire Og will be well up for the final, but I certainly believe St Peter’s have a great chance.”

The chairman continued, "The fact that two local teams are involved has added some spice, so we are well prepared. It should be as classic.”