Maghery put their title on the line 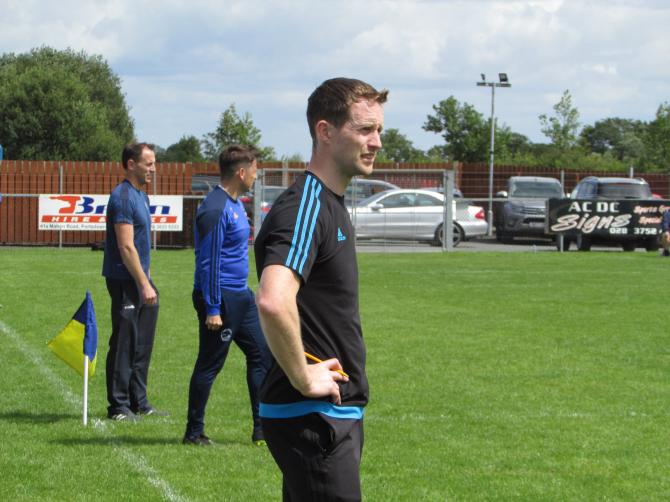 Following Clan Na Gael's near miss against Rangers, Lurgan outfit Clann Eireann will attempt to bring two decades of underage success to the table when they face a determined Grange side, managed by Derrymacash man Peter Nugent.

The action begins under the lights tomorrow night at Davitt Park where St Peter’s tackle Pearse Og's. The Whites would fancy themselves to cause a minor shock, but it will take a lot from the free crow men to move to the next round.

With Cross expected to react to their close-run encounter with the Clan's, Madden, who have some superb players coming through from youth level and are boosted by County midfielder Niall Grimley, will prove to be stern opposition.

The tie of the round, however, is at the Athletic Grounds on Saturday in a double bill. Reigning champions Maghery play Armagh Harps, who are a club recently celebrating a minor title. The Lough Shore side, managed by former Armagh and Wolfe Tones star Finnian Moriarty, haven't been tested this season, although they have given a lot of youth players game time in the recent league campaign.

The title holders will be expecting a huge challenge from the Harps, who are attempting to re-invent themselves following a solitary title success back in 2017.

While Cross would still be seen as favourites to lift the Gerry Fegan Cup, it could be suggested that any one of five or six clubs could would be fancied.

Lurgan side Clann Eireann would be expecting further improvement considering they took Maghery to extra time last season, eventually going down by the minimum margin.

Follow the latest action and reaction on Your Lurgan, starting with tomorrow night's St Peter’s game from Davitt Park.