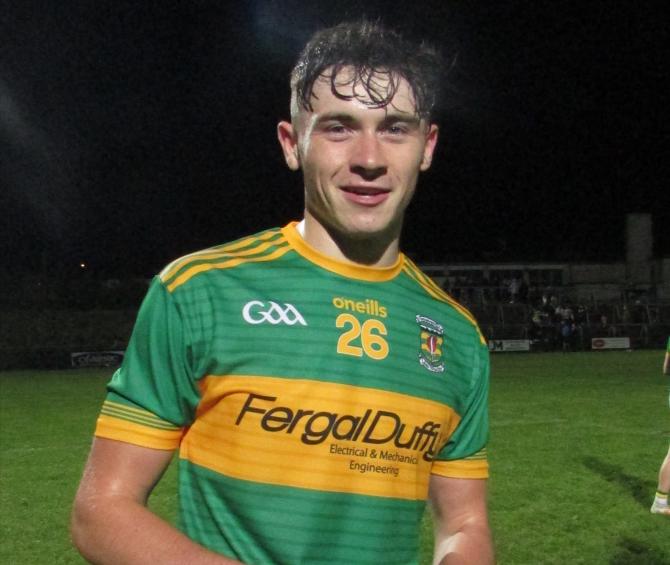 St Peter's left their championship ambitions behind them at Davitt Park tonight where they failed to recover fully from conceding four first half goals.

The Lurgan side lost to Pearse Og's on a score line of 4-12 to 3-11, in the senior series, which in itself is amazing considering they trailed by 13 points following the first water break.

Whatever about their missing players, the lads who took to the field, despite looking shell shocked at the Ogs pace in the first quarter, rallied in the second half to outscore the city side 3-07 to seven points.

Goals from Niall McConville at the double and Niall Gogarty brought a veneer to a tough night for the Lurgan outfit, against a seasoned Pearse Og's side showing maturity from Paul and Anto Duffy who introduced the emerging talent of Oodhran Houlahan (pictured), son of the famous former All-Star Gerard.

Niall McConville hit a brace and several points in the game, but the pace of the winners' paid dividends with goals from Ruairi Duffy, Anto Duffy and Chris Rafferty following a converted spot kick from former Armagh wing back Paul Duffy who, in the modern era, lines out up front.

Moving forward, St Peter's will need to quickly draw a line under recent events, an ordinary season was almost rescued tonight, but in fairness in a closer game the Og's would have keep the starting 15 on the field for longer.

James Freeman and Chris Rafferty were possibly the winners' best.