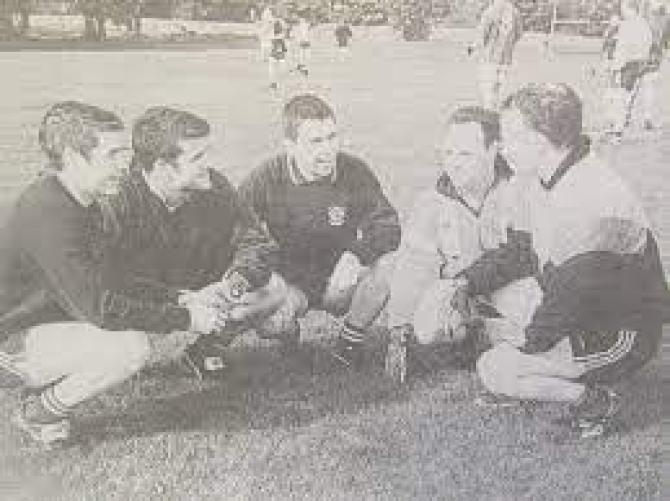 Eire Og legend Darra Edwards, who has turned 40, is set to line out for the Craigavon side in Friday night's Junior Championship clash against Crossmaglen Rangers' second string.

The super fit Edwards - who has now returned from a spell living in Belfast and lining out for St Bridget's - was, in his time with the Og's, described as a Rolls Royce type player who oozed class.

Darra was a part of Marty McCleary's side in 2000 along with Gerard Reid, and was soon to grab the attention of the Armagh management team.

The Pinebank men shared the points with Rangers in the league this season winning one game each, but Ryan Campbell's side lost out on a chance of promotion, finishing just off the pace.

Before new boss Campbell arrived the Og's were struggling for a win. They were unbeaten in their division before the pandemic knocked the leagues back and struggled slightly on the restart.

Should they defeat Cross the sky could be the limit. Anything is possible with Darra Edwards on the team.