Huge weekend ahead for Lurgan clubs 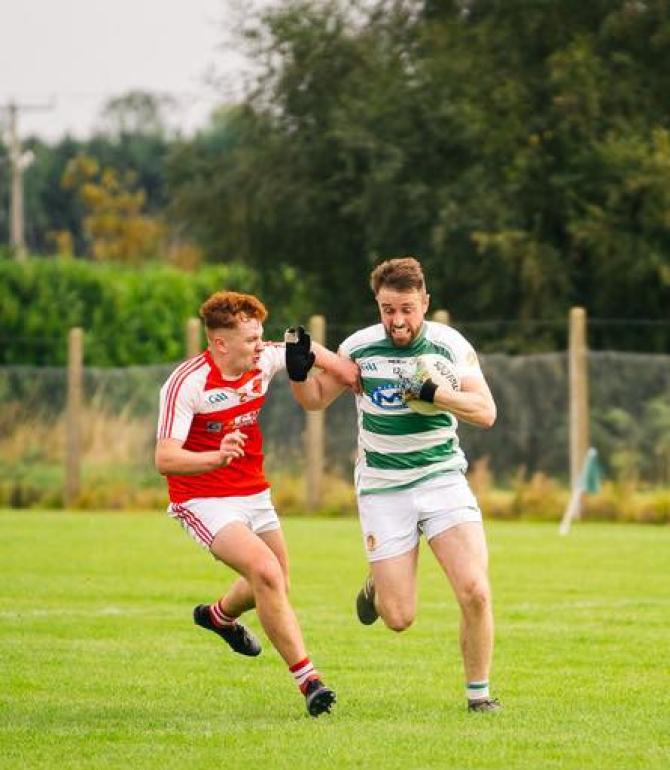 Four clubs from the greater Lurgan area will attempt to secure semi final places in both the Armagh Intermediate and Junior Championship series this weekend.

Title favourites Sarsfield's, who are aiming for a double, were rocked in the series last season by Tullysaran. They have bounced back under new manager and former All Ireland club championship winning captain Barry Hughes to remain unbeaten since the former Cookstown Father Rocks skipper took over the managerial reigns at the High Moss club.

The Trasna outfit have seen stalwarts like Brian Lavery and Paul Magee, who gave huge service over many years, being replaced by the vigour of youth in players like Kevin, James and Sean McAlinden, the steadiness of captain Niall Kerr and the attacking credibility of both Paul and Eamon McGeown. They face Whitecross on Sunday with Tommy McAlinden in top form.

One of the side's most impressive players, Sean Skelton, is capable of playing several roles, and Deckie Breen is hugely under rated.

Somewhat ironically the hoops have remained unbeaten without the services of Dungannon Swifts skipper Oisin Smyth and his emerging brother Oran, who are concentrating on Irish League football.

Wolfe Tones have a huge task on their hands against a fancied Carrickcruppen outfit who topped their division this season.

But the 'Cash side, boosted by some great achievements at youth level, could reach the next round following a sterling win over Keady last time out.

St Paul's and Culloville should be the tie of the round.