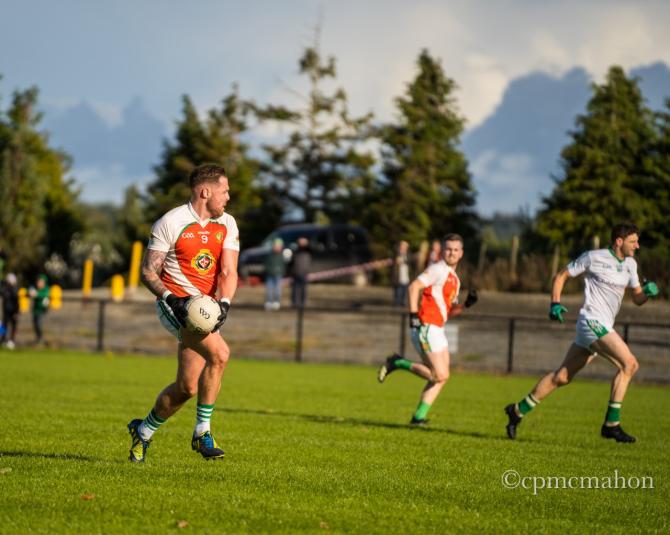 Beating Whitecross today in Abbey Park looks like providing Sarsfield's with the opportunity of finally laying to rest what appears to be an Athletic Grounds hoodoo hanging over the club since the redevelopment of the Armagh City ground.

Former manager Brian McAlinden, of course, created history for the High Moss side back in 1990 at the venue, winning the senior title for the first time, but since that historical date the hoops, who wore an orange away strip today, haven't won a championship match at the venue since the new Athletic Grounds opened its doors.

Although the venue for both intermediate semi-finals - Culloville v Sarsfields and Carrickcruppin v Tullysarren - are scheduled to be played in a fortnight's time, it would be highly likely that both ties would be part of a very appetising double header at HQ.

In today's win in Armagh, Paul McGeown hit five of his side's scores in a game which only opened up in the second period. Colin and Michael Stevenson, and Eamon McGeown also got on the scoreboard, with Tommy McAlinden and the talented Kevin Mc Alinden getting in on the act.

With Mayo fans peddling a myth about their lack of All Ireland titles, Sarsfield's supporters will have mixed emotions about the choice of venue for their side's semi-final.

Tyrone man and team manager Barry Hughes will be looking for an Athletic Grounds semi in the hope that his side can book a double appearance at the venue before the end of the season.