'I would love to be playing against Maghery': former Clann Eireann player Beattie 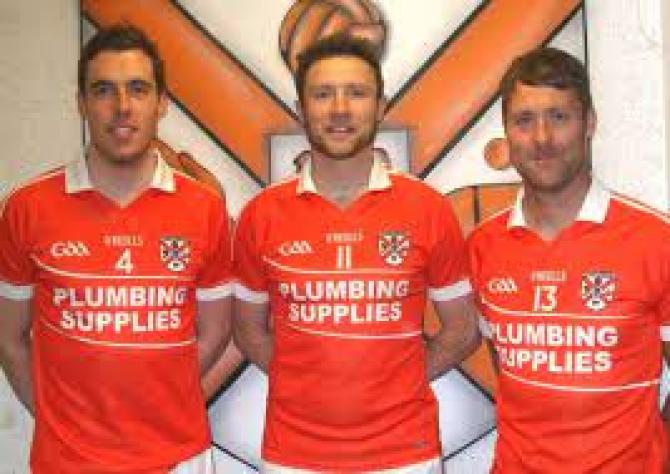 One of the best players ever to grace the Armagh club scene, former Clann Eireann midfielder Mark Beatie, says he would love to be playing against Maghery in Friday night's sudden death championship clash.

Speaking to Your Lurgan he said, "To be honest, when I go to Clann Eireann's league games I would be saying that it is all behind me, but the nature of the knock out championship and the fact that we play Maghery on Friday night in a must win game has brought the buzz back for me, and I would love to be in the thick of it."

Big Mark took a second to concentrate on one of his club's youth teams who recently won the treble.

He commented, "The under 15's won all three competitions this season, so the club has a lot coming through.

"It all makes you feel a bit old when you played with their dad's, but it's all about good coaching thankfully we are in a good position."

Looking back at an extra time defeat to the eventual county champions last season, Mark suggested that the Clann's are a year older and a year wiser.

"Are Maghery better than they were last season? I don't know, are we better?

"I believe we are, last year the lads on the final whistle were kicking themselves coming off the pitch - they knew they had left something behind them."

While Mark played well into his thirties before hanging the boots up, he has lost no appetites for big battles.

"I love the knock out championship, and hope it is here to stay. You can see the attitude of the players, it brings the best out in the managers.

"The tactics have to be right or your gone, our league form wasn't totally impressive but the teams who pick at the right time will be in the final."

With Paul Mc Kenna joining his cousins Conor Bell and Ryan Henderson (pictured) in the Lurgan sides squad, the former Lake Street stalwart admitted to being an admirer of the County champions.

Mark stressed, "Maghery don't score a huge number of points, but winning championships are about grinding out results and that's exactly what they did against the Harps.

"They also know how to see out a game, have craft in the right places and are battled hardened following wins over Crossmaglen in previous years."

The straight talking midfielder suggested, "It would be easy to say Maghery were strong favourites, and play the psychological card, but to be honest I would see it as evens the both of them.

"Any one of the sides left in the competition could win it."

Taking a moment to mention his cross town rivals, big Mark stressed "Clan Na Gael are bringing their tradition to the table at youth level, which always helps when you are rebuilding.

"We have been also doing well at underage, are the lads ready to take the next step? If you keep knocking on the door you'll get your chance," he concluded.