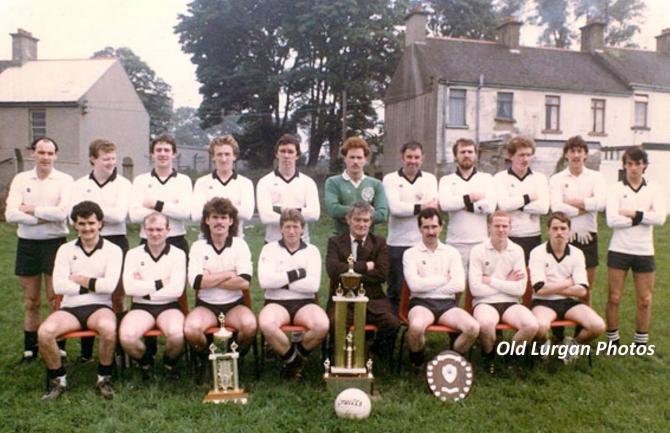 Tributes have been paid to former Armagh and St Peter's player Gerry Harte who has passed away following a period of illness.

Pictured here in the back row (fifth from right) of this Whites team from the early 1980s, Gerry also had a spell in the County side. His son Charlie has been lining out for St Paul's for several years.

Gerry Harte was a part of that St Peter's side which included Brian McGeown, who also played for Armagh, Gerard Doran, Gerard (Booter) Clarke and Lenny Moore.

Paul Lavery, St Peter's Chairman, said, "On behalf of the St Peter's club, our committee, players managers and supporters, I would like to pass on our deepest sympathies to the extended Harte family following the death of Gerry.

"Gerry was a valued member of our club, and was both an influential player for St Peters and Armagh.

"We are all deeply saddened at this time to lose such a dear friend."

Sympathies are passed to Gerry's extended family circle at this sad time.