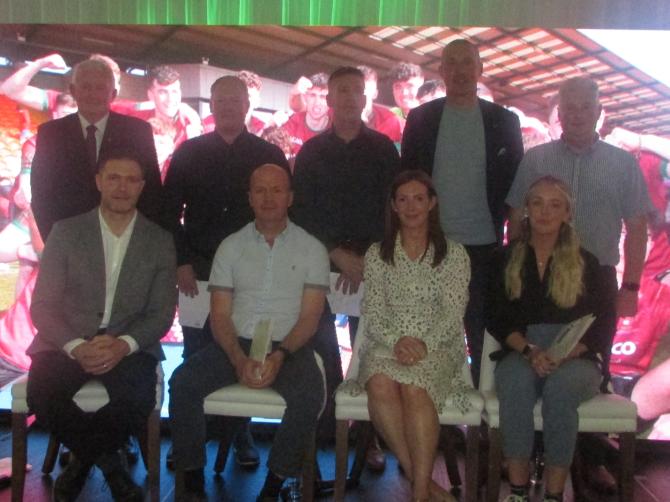 Last night St Ronan's School held a very impressive G.A.A debate night who brought an attendance of over 200 to the Seagoe Hotel.

The contributors, encouraged to take part by organiser Brian Turbitt, were both engaging and entertaining.

One of the best parts of the night was the contribution of both Niamh Coleman and Caoimhe Marley Morgan, who gave a superb insight into the ladies' game.

The high-tech slideshows and illustrations couldn't have been more impressive. The audience got a virtual guided tour of the proposed new St Ronan's campus which looks spectacular and are was suggested, also for community use.

In front of a backdrop of the historic St Ronan's treble winning side, the guests debated a host of issues on the night, before meeting fans.

With the new campus now moving forward, more events can be expected from the school.