Sarsfield's crash out as league form left behind 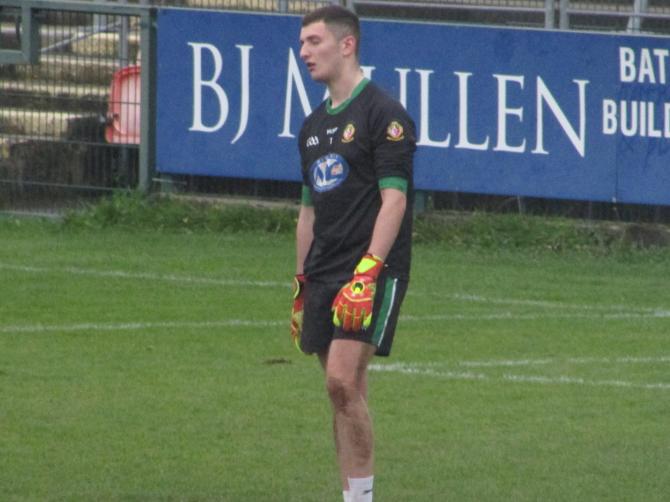 Sarsfield's left their league form behind them at the Athletic Grounds today where they crashed out of the Intermediate Championship at the semi-final stage.

Culloville, who move through the final to face Carrickcruppen, could have won by more but for two superb saves from rookie keeper Jude Millar, who kept his side in touch at the break.

The High Moss would need no reminding that they haven't won at the new Athletic Grounds, but there was hope when they won the league and remained unbeaten under new boss Barry Hughes.

The Trasna men in truth couldn't get their noses in front. They chased the tie from the opening whistle and looked lost at times under the favourites tag, although they battled gamely, particularly in the third quarter. A porous defence allowed the winners in for a crucial goal, crashed home by Niall Rowland straight after the break.

Several of the hoops squad will no doubt ponder their future. many of their seasoned player owe little to the club, but in retrospect they might have lost to the eventual winners.

With few of the Trasna side's players worthy of a rating above 6, Colin Stevenson had some good moments, and the ingenuity of Kevin McAlinden had to be commended.
Millar in goals had a good outing, and Declan Breen as usual battled gamely throughout.

While it was a surprise to see Shane McAlinden hauled ashore, some of the big-name players struggled to reach an acceptable level.

Trasna, even in defeat, hit some fantastic scores. Eamon McGeown stuck a superb volley and Colin Stevenson, who knocked over three from play, was possibly the best of the attack.

Culloville deserved the win, they found it easier to score, defended well and laid down a marker with some tough challenges in the opening minutes.

Winning the league title brought a favourites tag and a level of expectation for Sarsfield's which they struggled to cope with in today​'s semi-final.